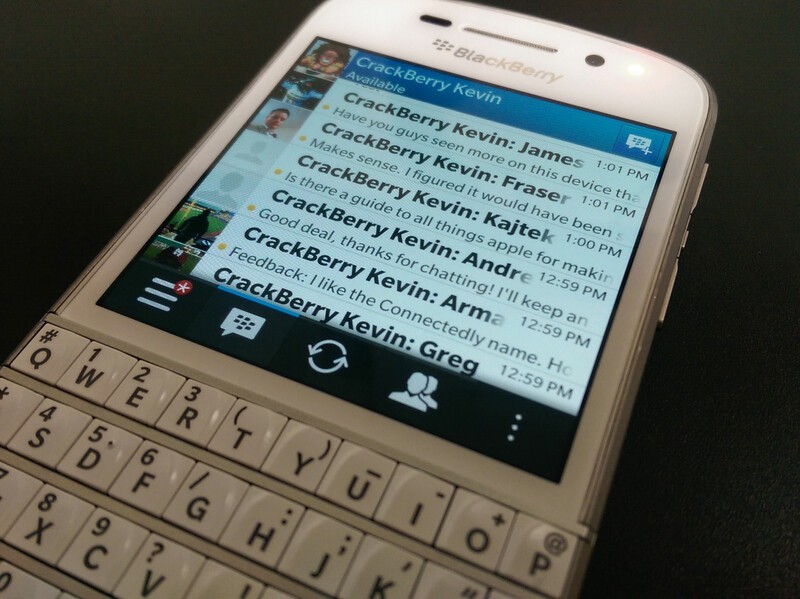 Hoh. Lee. Shi. Te. I feel like the BBM team should give me a medal or something for surviving my first scheduled BBM Channel Chat. My frick'n thumbs hurt right now.

From the moment my BBM status automatically updated to "Available to Chat" I was typing non-stop as fast as I could trying to reply to everybody who was messaging me. And when the status automatically updated 30 minutes later to end my chat session, I spent the next 30 minutes typing replies to everybody I had yet not responded to. It was simply impossible to keep up with. I didn't count how many people were chatting with me, but it was a lot. When we do it again on Wednesday, I'll try and get somebody here to help me shoot some video of it, so you can get a perspective of what it looks like on my end.

Before we do the next one, here are some quick reactions and observations based on today's first go at running a hyper-busy BBM Channel Chat:

I'm sure I have more thoughts than than, but I'm still too frazzled to think straight. So we'll save it for after the next one.

HUGE thanks to everybody who joined in on today's chat. Besides being insane for me, it was FUN. I hope you enjoyed it too.

The next chat happens on Wednesday at 1:30pm EST / 6:30pm GMT. Hope to see you there! And if you're not part of my channel yet, you can subscribe below!