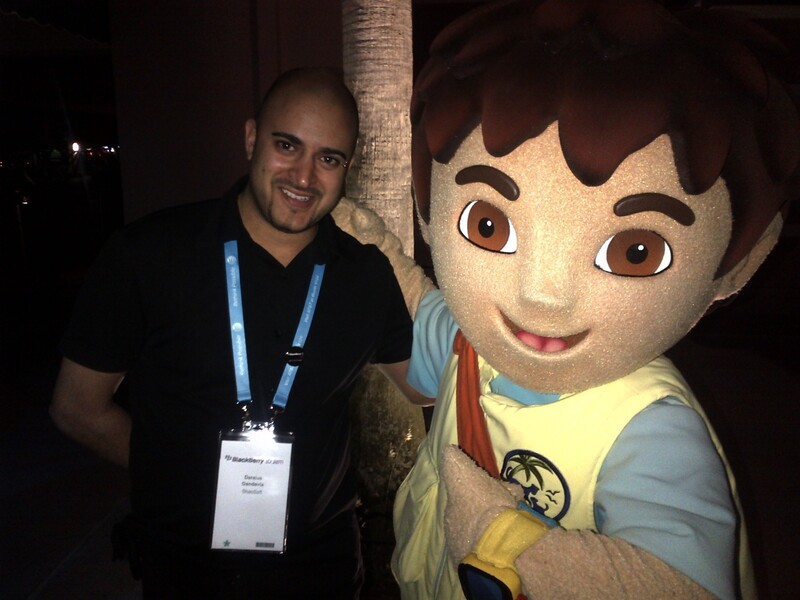 Well, its been just about 6 months since the Z10 was released so I figured it would be a perfect time for a follow up to my post from last year.

The reactions I got after my first post was mixed, but overall positive.  It was great to see so many people support my decision.  There were, of course, people who thought I was crazy.  So did I make the right choice?  This might get a little long as there's lots to talk about, so grab a drink and have a read on to find out!

So I'll start off right where I left off – I finished up at my job which took me to mid-December, I then took a vacation I already had planned for over the holidays to Mexico, and once I got back I got focused, put my head down and started pumping out the apps.  At first it was slow going. There was lot to learn with Cascades and the BlackBerry 10 OS in general.  BlackBerry started running “Port-A-Thons” which basically paid developers $100 for each app submitted.  This was a huge boon and motivated me even more to crank out apps as quickly as I could.  Having that little extra cash on hand helped me by not having to dip into savings.

App development is a very tricky thing, an app you might think will sell very well and spend a lot of time developing may not sell more than a handful of copies every month and, by the same token, apps that you may not think will do well sky rocket to the top of the charts.  This makes it tough finding a balance of how much time or how many features to add into an app.  I had plenty of app ideas and get many ideas from users that send it requests, but the problem is trying to determine which ones will be commercially successful.  The approach I've always taken with development is to create what I think is a solid app, get it out to some beta testers add some features in that they suggest then release it.  I then, based on feedback (especially from the CrackBerry community) continue to update, fix bugs and add new features.

Lets take my app Wallpaper Changer HD for example. It was an app I had ready for the BlackBerry 10 launch.  As the name implies it changes you wallpaper.  But then I added some wallpaper packs into the app after launch based on feedback that people were looking for good quality wallpapers.   Then quite often on the forums I would see people asking for a way to add battery percentage or weather on to their home screen, so I spent a month adding that in as well.  At the time Wallpaper Changer was performing very well for me in sales, the last couple months however it has struggled to do much.

Which leads me into the next part, every month I'd try to release at least one or two apps.  An app could be selling great for weeks or months and then one day just drops off.  BlackBerry app development being my only source of income I can't take any chances.  When I noticed Wallpaper Changer starting to slip down the charts I locked myself at home and quite literally worked 16+ hour days, 7 days a week for a month and half of that straight working on new apps.  The result was 7 new apps including the likes Evolution Web Browser and My Homepage. Evolution browser has only been out a couple weeks now, but has quickly risen to being my best performing app, and as such I've been updating it as fast as I can with new features and bug fixes.

One question I get all the time is “So was it worth quitting your job to do this full time?”  The answer without a doubt is yes.  It was the best decision I've made in my professional life.  I now have the luxury of working from home, making my own schedule and doing something I love to do.  Would I recommend others thinking about doing the same thing do it?  That's a tougher question to answer.  As I've eluded to earlier - apps sales can change one day to the next.  Having only a couple of apps that are doing well and expecting to make a living off of it is risky.  It's no secret that handset sales haven't been the greatest.  So as an app developer what I've quickly come to realize is the key to success on the BlackBerry 10 platform right now is volume.  I have to keep putting out new apps and even if they just sell 3 copies a day.  To me having a hundred apps that sell three copies a day is better than having an one app that sells 500 in a day.  If someone comes along and makes an app similar or better than the app you have  sales can easily stall at the drop of a dime.  As the app catalog in BlackBerry World grows app discovery also becomes a more critical issue, but I'll come back to that in a little bit.

One question I get all the time is “So was it worth quitting your job to do this full time?” The answer without a doubt is yes

I'm actually proud to say (even if you exclude those flashlight apps every developer does and app generator apps) that I am one of the developers with the most apps and games in BlackBerry World.  But not just quantity, quality.   I don't have any special access like some BlackBerry partners, I don't get information before the public does, heck, I haven't even been invited to join the BlackBerry Elite program for developers.  I did it on my own, which is a huge sense of accomplishment.

In my article in December I spoke highly of BlackBerry, especially of developer relations.  Lets start with the positive.  BlackBerry has been great at informing developers of whats coming and improvements to the platform.  They have also met their deadlines and delivered updates to developers as promised.  This is something that was lacking just a couple years ago.  So this turn around and continued support post launch is a very encouraging.  I also want to say a special thank you to someone in developer relations, Suavek. He has been amazing, BlackBerry needs more people like him.

Now on to the not so good.  As I mentioned earlier one issue as the amount of apps increase is getting your app noticed in BlackBerry World.  Blackberry's solution to this was the Built for BlackBerry (BFB) program which recognizes apps that meet a certain standard that they have laid out.  They have said BFB apps will be apps eventually will be the ones that are exclusivity featured in BlackBerry World.  Currently BFB apps are easily identifiable and are rotated through featured areas of BlackBerry World.  However as nicely as I can put it the - program has been nothing short of horrendous.

Many developers I've spoken to expressed much of the same frustrations I have when dealing with BFB.  A couple months ago I wrote a whole blog post about it, but have held back publishing it hoping that there would be a happy ending, thus far there has not been.  But to summarize since February (the last time I tried to contact them was 2 weeks ago so it has been ongoing for months) I have been trying to get answers about why a specific app has not be allowed into the BFB program.  I have been met with ignored emails and half answers when I did get a reply.  Here's the kicker: even after I asked them to take a look at this one particular app again they said they did, but didn't.  I got an email from them telling me “To qualify as a Built for BlackBerry application, your app must seamlessly integrate at least one BlackBerry service”.  Guess what, my app uses 4 (yes 4!) BlackBerry services.  They didn't even test my app because of the name.   It was rejected purely based on the type of app it was which came from the name.  Even though I sent them a point by point break down of all the features and used examples of other even simpler apps (there's even a flashlight app in BFB believe it or not) they ignored me.

Then just last month I submitted what I thought was another great app for BFB, it was denied with no reason included.  I asked them why and their response was to tell me to check out Nobex Radio as it was an example of of a good BFB app.  My app isn't a radio app nor relates to it in any way.  In my own opinion the functionality of my app far surpasses that of many apps in the BFB program.  To be fair, I have had one app approved for BFB – Ultimate ScreenSaver.   However having 1 out of all my apps in BFB isn't enough exposure for me.  Once BlackBerry starts to focus on promoting BFB apps more and more that means less expose for other apps of mine.  BFB is problematic for me as it makes it difficult for me to want to invest large amounts of my time to create quality apps just to have them fall to the bottom of the charts due to lack of visibility on BlackBerry World and I know many developers struggle with this as well.  Without the fantastic support of blog posts on CrackBerry I'm not sure where I'd be right now.

So have I been successful in my pursuit to do this full time, yes, I have.  I am not going to get into specifics with dollar amounts, but I am doing well.  I'm not driving a Ferrari or living in a mansion, I live comfortably now. But as with anything it hasn't come without a lot of hard work and sacrifice.  If I could go back 8 months would I have made the same decision knowing what I know now?  Absolutely.  For those that called me crazy back then, we all come to a point in our lives where we have to take a chance.  I made the leap and it was worth it, I have no regrets.

If you want to check out my apps in BlackBerry World you can see them all here.