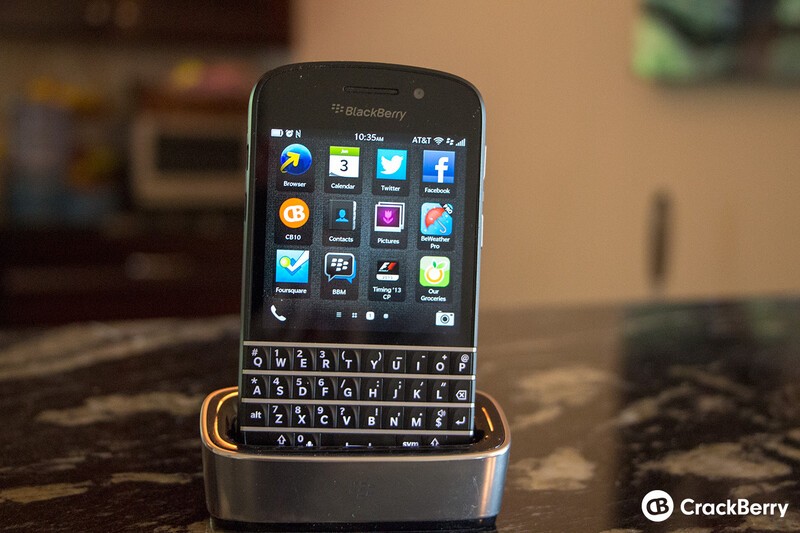 For as long as I can remember, my absolute favorite BlackBerry accessory was the BlackBerry charging pod. I had one for almost all of my devices over the years - from my Tour 9630 all the way up to my Bold 9900.

I keep my phone on my nightstand when I go to bed and I loved being able to simply drop my phone into the pod and call it a night. Bedside mode was set to come on automatically so I could use my phone as my alarm clock while it charged overnight. If I needed to check it I could easily grab it from the dock with nothing to unplug, then drop it back in when I was done.

Even the BlackBerry PlayBook has a sweet rapid charging stand, so with BlackBerry 10 I had high hopes for yet another awesome accessory.

With the Z10 we've seen the mysteriously unreleased OEM multimedia dock a few times but it has never been made officially available. This was partly due to the fact that the Z10 doesn't support homescreen landscape mode when docked. That feature was rumored to be included with OS 10.1, but 10.1 is here and still no word on the OEM dock.

Just like many Torch models, the Z10 uses the microUSB port on the side of the device to dock in landscape mode, which isn't the ideal solution but at least a dock was available. The Z10 has side-by-side microUSB and HDMI ports too which would make for some awesome docking fun when hooked up to an external display.

The Q10 however has no such luck. There are no charging ports on the Q10 so no easy docking option. The next best thing would be some kind of dock with a microUSB, but since that is on the side of the device it wouldn't really make much sense.

Think along the lines of the Bold 9790 that had a bottom-facing microUSB port and a matching dock - the Q10 has no such option which really sucks. The only thing would be to have a dock with a small microUSB cable that could plug into the Q10, but at that point it's kind of stretching it since you'd still have to plug the cable into the device.

I complained a bit when I had my Curve 8530 as that had no charging contacts or docking option either, but loving my BlackBerry Q10 as much as I do I'm very perturbed that I have no option to use a charging pod at all.

We're not quite sure why the charging contacts/charging pod were left out on the Z10 and Q10 (most likely just for cost, esthetics or functionality) but I for one certainly do miss them. There are a handful of third-party docks for the Z10 right now, but nothing compares to a good ol' OEM dock.

The charging pod was is my favorite accessory for my BlackBerry, and honestly without it I feel a bit lost. Losing the simplicity of just dropping in my device at the end of the day instead having to plug it in isn't nearly as cool or efficient. But alas, not much we can do at this point.

How about you? Missing the charging pod for your BlackBerry 10 phone? Sound off in the comments!