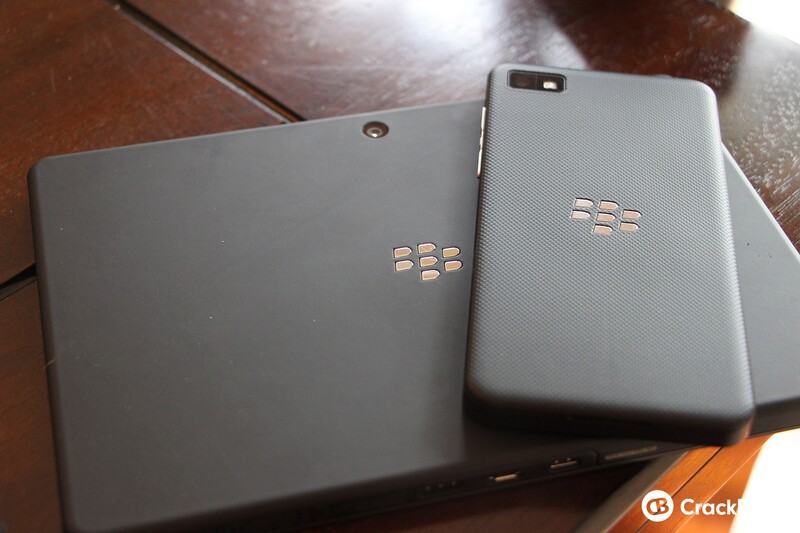 Yesterday, according to Bloomberg, Thorsten Heins dropped the following snipped:  "In five years I don’t think there’ll be a reason to have a tablet anymore.”  As usual, the media is jumping all over this with headlines that take the comments to an extreme.  Hey, whatever gets the click for those guys.

I’m all about the balance.  We reached out to BlackBerry to get some kind of clarification on this statement, hoping to included it in this story, but we’ve not heard back yet.  When we do (and we always do), we’ll update the post.

Anyway, I suppose it’s possible that Thorsten Heins really believes the entire tablet market will come crashing down.  It’s possible, but highly unlikely that he believes this.  It’s much more likely that this comment had an accompanying context which has been totally cut out of the quote.

Remember folks .. context is EVERYTHING.

We’re seeing this quote in a vacuum.  As such, it’s a useless comment and we really shouldn’t waste too much time interpreting it.  But, since the media has jumped all over it and since we are more about balance and intelligence, here goes:

BlackBerry has not seen success in the tablet market.  They’ve acknowledged the hyper-competitive nature of that market.  Instead, they have released BlackBerry 10, powered by QNX, which is capable of running distributed processors and has built-in support for DLNA.

But at the same point, there is clearly a desire for stand alone tablets.  I’ve written on iMore.com about the opportunity for Apple to dominate the education market by totally replacing hardcover textbooks.  Depending on the age group using these tablets (interactive education devices), the individual user is not a smartphone user!  The largest screen isn’t just going to pair with a phone.

Yet BlackBerry probably has some vertical markets that it plans to go after (or many such markets) where the phone can become the primary device.  If the phone can run a great email program and connect to a full Bluetooth keyboard, optical mouse (or trackpad) and HDMI monitor, then why not just dock the phone and use that for remote access to the office?  Makes perfect sense.  But that doesn’t mean tablets won’t sell.  And I’m pretty sure this isn’t lost on Thorsten.

Bottom line - BlackBerry has a business plan in mind.  It’s not Apple’s business plan.  They’re going to talk up their plan, and they should.  Don’t fall for out of context quotes that get twisted and distorted.  They are almost always way off base.

*Update* We've heard back from BlackBerry, and here is their statement.

The comments that Thorsten made yesterday are in line with previous comments he has made about the future of mobile computing overall, and the possibilities that come with a platform like BlackBerry 10.  We continue to evaluate our tablet strategy, but we are not making any shifts in that strategy in the short term. When we do have information about our PlayBook strategy, we will share it.