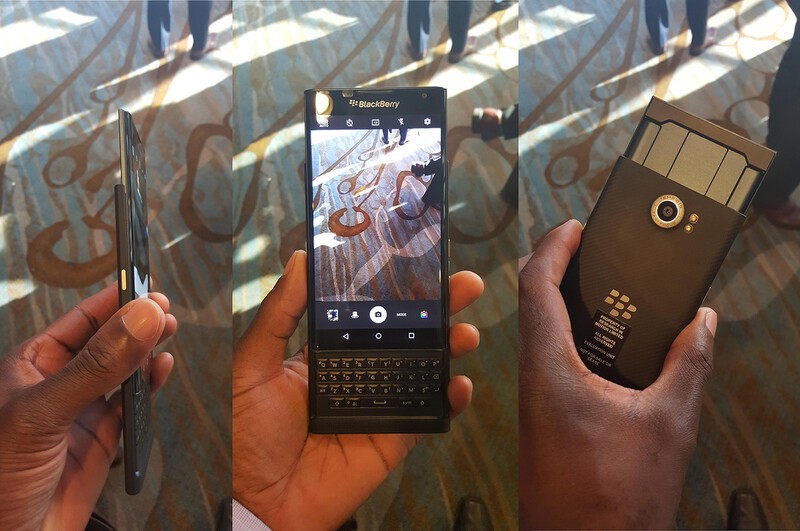 Seems if you want to get your hands on a Priv by BlackBerry, CISO conferences are something you might want to look into attending. As posted up on Reddit, imsorandom attended one recently in Toronto where he ran into a 'BlackBerry Executive' who allowed him to give the device a once over and as such, has now shared some quick thoughts on it from a Note 5 users perspective.

At a conference I was at today, one of BlackBerry's executives had a 'Priv' which he let me play with for a bit. I must admit, it's a VERY nice device. It was actually thinner than my Note 5! It also seemed snappy and smooth, and the keyboard was also very nice. It had full access to the Play store as you would expect, and he had a few apps loaded. The screen was very nice with a high PPI, and it seemed to curvey around the edges. I have to say that I'm definitely interested in Blackberry again! [sic]

Keen eyes will notice the new camera app which has been spotted previously but also the fact that this particular device still has the 'fast focus' branding on the back indicating that it's an older revision compared to the newer revisions that show the Schneider-Kreuznach branding instead. Despite all that, it's still a nice new batch of photos for those of you out there who simply can't get enough of the Priv.

Read everything we know about the Android-powered Priv by BlackBerry