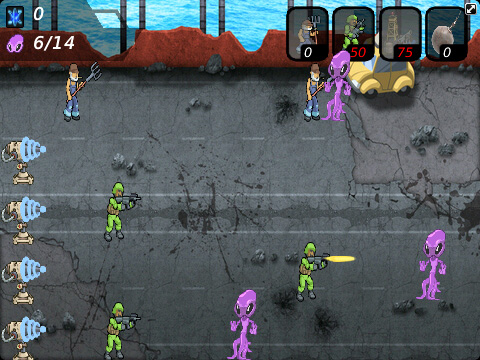 New from Epic Applications is a very cool game, Humans vs Aliens. For some of you who play games on other mobile platforms, this game may seem a bit familiar to you, but is also quite different. The point of the game is just what the name would suggest, guiding your humans to protect the earth from the alien invaders. Throughout the game you will see a number of different obejects such as pitchfork armed farmers, army personel, and many more. The game is definitely a great time waster, and sure to provide hours of fun.

Overall, Humans vs Aliens is one of the best games I have seen on the BlackBerry platform. It's smooth graphics and freedom from lag make this one a great buy. It is available for the 8900, Storm, Tour, Bold, and Torch devices. You can pick it up at BlackBerry App World for $3.99.