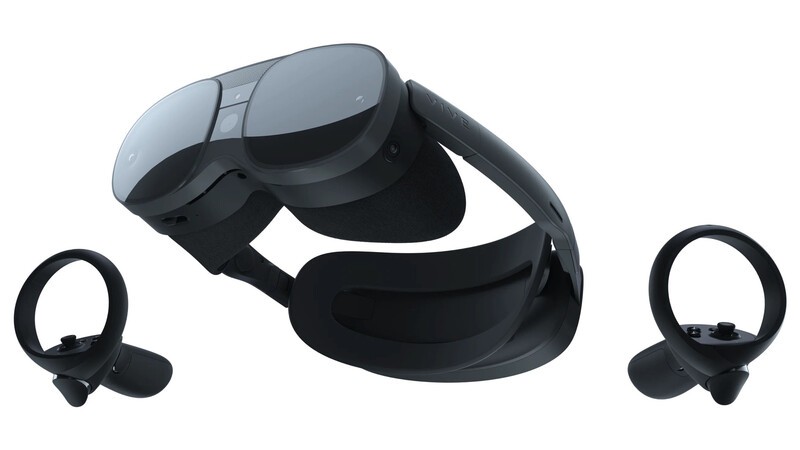 HTC saw what Meta's trying to do with its Quest headset, and has seen all the rumors of Apple's long-gestating entry into virtual reality or augmented reality headsets, and said to themselves "We're HTC, VR is our thing we can do better." And so they did, rolling out the fully standalone Vive XR Elite headset that hits all of the marks: it's compact, light, and powerful.

The Vive headset line has until now been focused primarily on VR, so expanding to AR meant a new approach to some of HTC's strengths. Chief among them was adding in passthrough cameras to show the outside world that are color and space accurate — what you see through the headset should exactly reflect what you would see without it.

The Vive XR Elite also has cameras on it for hand tracking without a motion controller, though it does include two of those as well. By pulling all of this together into a headset that has the necessary power to run on its own, HTC hopes to engineer experiences that bridge VR and AR, such as "playing games where the characters are running on your furniture, having real-time overlays on musical instruments like a piano so you can learn, and even having the ultimate workstation with multiple virtual screens while still being able to use your real-world keyboard and mouse." One hundred VR and AR games and apps will be available for the HTC Vive XR Elite on launch, with many more planned for the rest of the year.

If you're doing something that needs more power than the Vive XR can muster, you can switch to a more traditional VR headset setup by tethering the headset to a computer over USB-C — a huge upgrade from the early days of Vive VR where separate HDMI, USB, power, and audio cables had to be snaked to your head. But with Wi-Fi 6E built in for high-speed and low-latency wireless transmission, HTC hopes you won't have to plug into your PC at all. Heck, you can even use that Wi-Fi connection to stream from a compatible Android phone. Granted, a lot of that content won't be in VR, but you can use the Vive XR Elite's built-in personal theater mode to create a virtual screen that'll feel like it's 300 inches from corner to corner.

HTC made a point to design the Vive XR Elite in a modular manner. If you're fine staying hooked up to a power cable, you can drop the rear battery pack and wear it like a pair of glasses — cutting the weight to less than half of the 625-gram full mass. Or you can hot-swap battery packs to keep going without having to shut down and restart everything. Or you can add on eye-tracking modules and wrist-tracking controllers for more precise motion tracking.

Inside the headset you'll find a pair of 2K displays with individually adjustable diopters for each eye. That's not ground-breaking for a VR headset in 2023, but it's still pretty decent. This is all powered by a Qualcomm Snapdragon XR2 processor (2021 vintage, but also the newest currently available), backed up by 128GB of onboard storage and 12GB of RAM.

Interested? The HTC Vive XR Elite is available for pre-order now, with shipments starting in late February 2023. The $1,099 price gets you the headset and two of HTC's solid Vive 3D-tracking hand controllers, and the headset battery cradle.

This might be the best VR headset we've seen — and this one also includes AR. It's hard to argue that HTC Vive isn't the top dog in VR, and the Vive XR Elite pushes the boundaries even further.