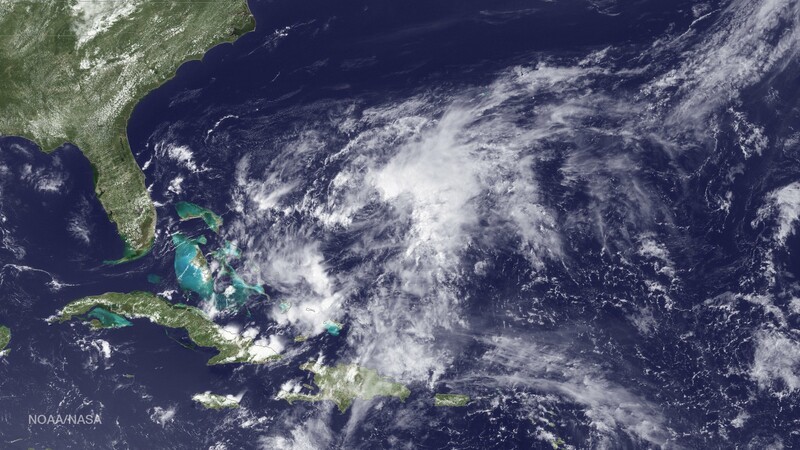 Ed. Note: We're re-upping this since Hurricane Harvey decided to make life difficult on a lot of folks in Texas. Stay safe out there, everybody. And if you're told to evacuate, DO IT!

You don't want to be caught unaware when a hurricane hits, and as we've learned recently, they can arrive unexpectedly, and in unexpected places. Hopefully anyone in the direct path of Hurricane Harvey in Texas has already gotten out of the way. For folks on the outskirts, though — and everyone else who lives where a hurricane or typhoon can happen, there's still plenty of storm season left. And there's no better time than now to bone up on some of the best ways to keep current on what's out there, and how to stay safe if a storm comes your way.

And just like with everything else, our smartphones now play an integral part with that.

I've lived on the Gulf Coast my entire life. I've been through storms. God willing, I'll never go through another. But either way, I'll be ready. Let's take a look at a few ways you can be, too.

If you only use one website for tracking tropical activity, it needs to be the National Hurricane Center's site, found at www.nhc.noaa.gov. (They've got a mobile version, too, if you're into that sort of thing.)

I also recommend Weather Underground's site, too, and the blog written by Jeff Masters.

What about apps, though? I've used a few over the years. Mostly they're wrappers for the NHC website, and for the most part the apps themselves are pretty crap. And you don't really need them. They can, however, be good for notifications of new updates, which the NHC puts out every six hours. If you don't want to spend a few bucks, you could just hit up the NHC site, or follow their Twitter feed, or use RSS or e-mail. (The NHC has a lot of ways to stay informed.)

The one app I've used off and on during hurricane season is SeaStorm Hurricane Tracker, which costs $1.99. Even then, I only really use it for the alerts.

And if you just don't want to bother committing all of these tips to memory, go for the American Red Cross' hurricane app.

There's almost nothing worse than knowing a hurricane is headed your way. They're big. They're often slow. You could have days or even weeks of warning. That gives you plenty of time to prepare. And our phones make it easier than ever.

A few tips I've picked up the hard way:

Batteries are our lifeblood. I mean, our phones' lifeblood. If you want any hope of communicating after a storm, or keeping up with folks during a storm, you'll need to stay charged. The good news is that even if you don't (or can't) use a full-blown generator, we've got options.

We've seen an explosion (figuratively, that is) of small and inexpensive external batteries. This very much changes the game for post-storm charging. You should have a few on hand. We're fans of this 20,000 mAh battery from Anker. USB-A and USB-C, so it'll charge pretty much everything. (And, yes, it's on that "good" list for USB-C.)

A good bit more expensive, and maybe a little crazy (in a good way) is the Anker PowerHouse — a 434Wh (that's somewhere in the neighborhood of 120,000 mAh) gianormous AC or solar-powered backup battery/inverter.

Unfortunately for most of us, it's still a little early for this future-tech solution.

Other random things worth buying

Batteries are obvious. So are lamps of some sort. And food that doesn't spoil.

I also recommend picking up a sun shower of come sort. These are large PVC bags that use the sun to heat the water within, and gravity to rain it down upon your body. I used them on boats growing up, but they're perfect for post-storm showers. You don't need electricity to heat the water, they're portable, and they're easy to store.

This one looks just fine — but you've basically got your pick on Amazon. If you're buying locally, any sporting goods store or boat store should have them in stock.

I'd also recommend picking up a battery-powered AM/FM Weather radio. Again, you need to conserve things like your phone for when you really need them. These ancient little radios run on batteries and will keep you up with important local info as well with NOAA weather radio. They're indispensable once the power goes out. (It's what us old people had before Twitter, and with less trolling.)

Be safe out there.