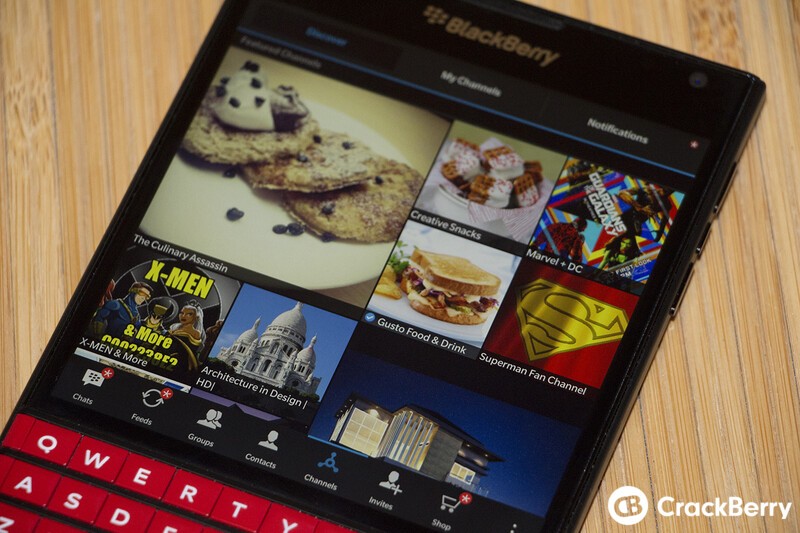 During CES 2015, BlackBerry decided to go ahead and share some hard numbers surrounding BBM and how it's performing. Taking a look back at the numbers, it's easy to see there were some 'wins' there for BlackBerry and the platform. They showed growth across the board with over 140 million new registrations to BBM from iPhone and Android devices, 70% of users being active daily, and the BBM Shop saw 175 million visitors in the last year. No one buys stickers, right? Well, 300 Million were shared so someone is buying them.

One number that stuck out to me is the number of BBM Channels that were created. According to BlackBerry, there were 1 Million (and counting) channels created. That number seems low to me (it might be good to BlackBerry, I don't know), and I can't help but think it's because BBM Channels hasn't received an update in quite some time. I honestly can't even remember when the last noticeable change in BBM Channels occurred. The only thing I can think of is when Hootsuite integration was added and that wasn't a direct change. If you never used Hootsuite before you might not even know BBM Channels integration exists.

That got me thinking about ways to improve BBM Channels, because as much work as the folks at BlackBerry are doing with BBM, it seems as though BBM Channels is lagging a bit in terms of development and expansion of the product. Maybe it's just not the right time. Maybe an update is coming. But for now, here's a small list of things I and others I asked would like to see added that I believe would help not only improve the experience when using BBM Channels but also make people want to use it more.

I love BBM Channels when I'm using it but it's one of those things I find I have to remember to use otherwise I just don't bother and part of that is because of the stuff that is missing or otherwise not yet available. We already know BlackBerry is looking to monetize BBM further through their payment system and there are plenty of rumors of a PayPal partnership (PayPal appearing in BlackBerry World only fueled this further) in the works and hopefully expansion of BBM Channels is included in that plan. It just needs a bit more love. So, those are some of the things I'd like to see added. What would make you all use BBM Channels more or otherwise make the experience better for you? Sound off in the comments below.