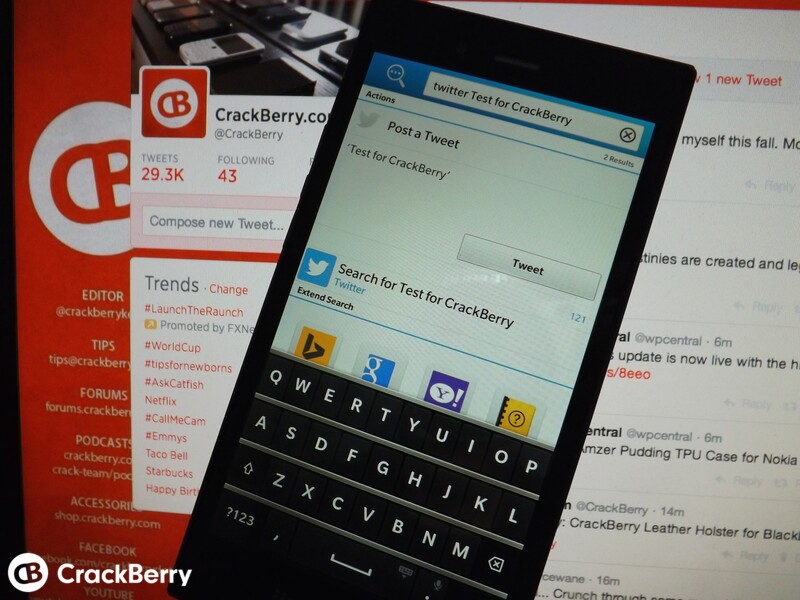 I'm pretty sure I can say that there are not any BlackBerry 10 users out there that don't use either Facebook or Twitter. Both apps come pre-loaded on the BlackBerry Z3 and if you've recently picked one up you may be interested to hear that you can actually update them both without even having to open the apps.

And doing so is a piece of cake. One of the most awesome features with BlackBerry 10 is the superb integrated search features. With the Z3 being an all-touch device you'll need to tap the search icon at the base of the display which will then open up a search field and the virtual keyboard will then be on the display.

It doesn't get much easier than that and if you tend not to have your social apps open as an Active Frames this is a super fast way of sharing what you are up to with your virtual friends.