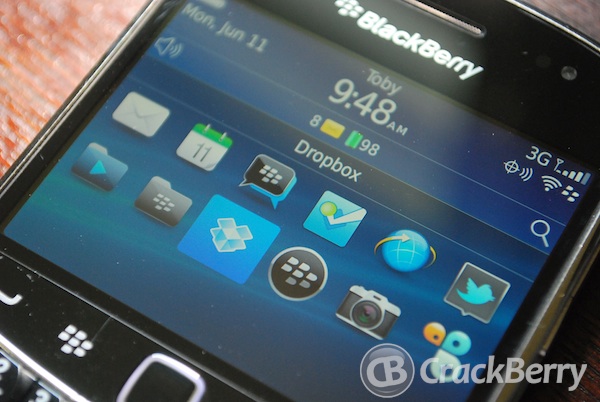 There are numerous times per week when I need to quickly get an image or screenshot from my BlackBerry to my computer. For years I used the old method of emailing the file to myself, but after a while that gets to be a chore. It wasn't until I discovered Dropbox that I found I could easily move images from my BlackBerry to my computer with just a few clicks. Granted you can use Dropbox for more than just image transfer, but for this tutorial that's all we'll be getting into. Keep reading to see just how easy it is to transfer photos from your BlackBerry to your PC using Dropbox.

Uploading images from your BlackBerry to PC using Dropbox

Once you get both installed and you're all linked up, the rest is easy. Simply snap a photo (or use and existing image on your device) and go to the Dropbox app. Navigate to the Photos folder (you can use any folder really, I just find this one to be the easiest).

When choosing Take new, you'll have the option to save your photo to Dropbox after taking it. When choosing Upload a photo, just pick the image to upload from your gallery.

The image will upload and appear in your Dropbox folder. Now simply head to Dropbox on your computer, locate the file and you're good to go!

As I said before, you can use Dropbox for tons of things and this is just one example. Play around and see what works best for you, then drop a comment with your best use case for Dropbox.

For more help and discussion on this and other topics, head to the CrackBerry forums.