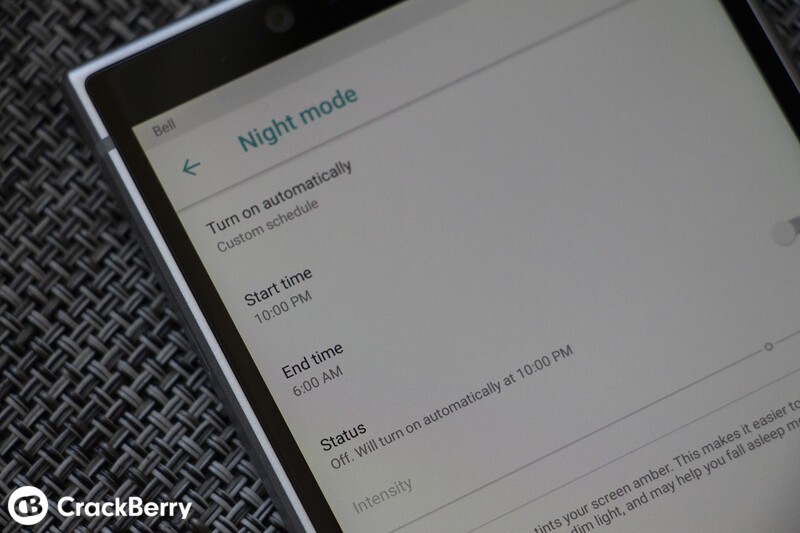 While the jury is still out on whether or not the blue light from cell phones and computer screens is actively harmful to us, there's tons of evidence showing that it has an adverse effect on our sleep habits. The presence of blue light has been proven to suppress melatonin production more than any other spectrum, while also interrupting our circadian rhythm. In plain English, that means exposure to blue light between the hours of 9 and 11 PM means a much higher chance of finding yourself tossing and turning, unable to drift off.

I'd bet money that most of you probably spend at least a bit of time on your smartphone once you get into bed. I know I do. It's become a huge part of my nightly routine. The good news is that Google's quite aware of the link between blue light and sleep deprivation. They've included a handy feature on Android devices known as Night Mode, which reduces the amount of blue light emitted by your phone's screen. Here's how you can enable it on the BlackBerry KEY2 and BlackBerry KEY2 LE.