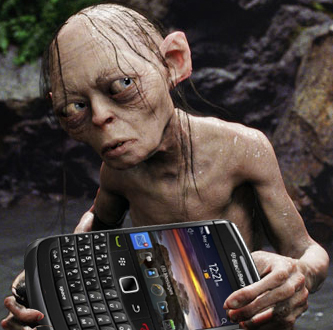 For quite a while now, we’ve seen BlackBerry ads focusing on the power of BBM. One that stands out is what many like to call BBM Flirt. I don’t know if it’s me, but I couldn’t see myself walking up to a complete stranger and asking for their PIN (I know my wife would have something to say about it). As soon as I think about that, I then wonder how many times I’ve added someone from the BlackBerry community to BBM and I have never even met them. I think many of us are like that. We use BBM to keep in touch with colleagues, friends and family –people that we’ve come to know and trust in some way or another. The idea of someone I don’t really know, having something, as unique as my BlackBerry PIN, scares me; especially if I was single. What if it didn’t work out? Sure you could delete them from BlackBerry Messenger, and ignore future invitations, but they can still send PIN to PIN messages (very creepy). It’s easier (and more cost effective) to switch phone numbers than to buy a new BlackBerry.

That’s one of the lines from the BlackBerry commercials- you can check it out below. Now granted, I do see the point they are trying to make. Chatting through BBM is more thrilling than via text. You can see when the other person has received and read the message. You can also see when they are typing. Depending on how they have their Messenger set up, you can also see their status, image and what they are listening to. It forces you into a conversation, but also keeps it positive.

It’s also become so easy to get onto BBM. Think about it, back when the BlackBerry Messenger icon was a smiling blond haired guy, “mypin” wouldn’t automatically display the pin, nor was there the ability to simply scan a barcode. These days, it’s hard not to trip over the plethora of Facebook groups, forum threads and even profiles begging for someone, anyone to add them to BBM. Hell, you can even create a BBM barcode on your Facebook account. Sure, Aunt Ethel is a hoot, but do you really want her on BBM? I even came across a website called SearchBBM where, as you may have guessed, you can search for any BlackBerry users who have registered with the site. You can search by name, location, and gender; you are then presented with a list of potential BlackBerry Messenger contacts to invite into your world. What are these people trying to do? Are they trying to beat Kevin’s BlackBerry Messenger Stress Test?

For me, I consider my BBM a way to connect to a select few, those I know, respect and trust. If I wanted to connect with anyone else, I could always use something less unique, like Windows Live Messenger. On the flip side, that probably would have been considered just as unique at one point, as well. Is BBM in danger of becoming thought of as yet another free for all chat option? Depends on how you treat it.

As with chat rooms, instant messengers and such, you run the risk of letting in some undesirable people. How do you know who you are really chatting with? How many times have we heard of people posing as a minor to chat with other minors (or want to do more than chat)? How often has the word Stalker been seen with the words, chatting or IM in the media? How do I know that I’m actually chatting with Adam and not some crazed lunatic looking for his/her next victim (wait, that could be Kevin too). As I mentioned before, once they have your PIN it’s not that easy to block; and not everyone has the money to go and buy another BlackBerry.

Now there is always an upside as well. Some friendships develop over time on BBM, especially when you don’t have the opportunity to see them for long periods. Some may also find safety in BBM, as you may not feel comfortable enough to meet them in person just yet. It provides a sense of intimacy, as it gives off that good old fashioned private chat room feel. Look at our own Bla1ze and Michelle. Not to go into too much gushy detail, but BBM let their relationship develop and blossom into what it is today. An "inside source" tells me that they usually don't like to share their PINs with just anyone. They took their chance. They found love. In a different type of relationship, Bla1ze once suggested to Isaac that he and I would get along. BBM helped us work on our bromance, which in turn allowed our families to become great friends as well. He hasn't turned out to be a serial killer - that or he has yet to have the opportunity to stuff me in a trunk of a car and push it into the river.

In my opinion, you have three options, keep it secure with a few people, keep it within your trusted social/professional network, or share it with the world. Keep in mind that it isn’t always easy to switch in between. What it comes down to is trust. Who do you trust, how far can you trust them and do you trust yourself?