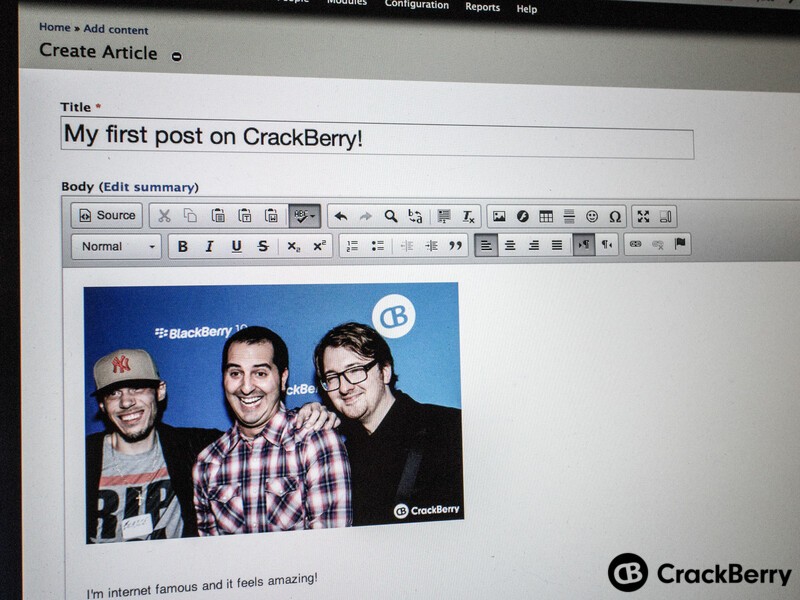 Back in April I wrote an article making a call for passionate BlackBerry enthusiasts who wanted to have their voices heard on the CrackBerry homepage.

We got a BIG response. TOO BIG, in reality. With over 70 people applying, the administrative side of things became a little too daunting for me given my crazy schedule these past couple of months (seriously, I still owe reply emails to a bunch!). I was aiming to bring at least five new regular voices onto the team. We ended up only trying out one person. That's a whole lot of awesome voices we haven't heard from yet. And after Chris Umi's controversial editorial yesterday (he's so fired for having an opinion) a few more of you have expressed you wish you could have your opinion published on CrackBerry's homepage.

So after mulling all of this over, I have come up with the optimal solution. I've figured out the process that will allow us to audition new regular writers for CrackBerry easily while also giving those who just want their voice heard one time on the homepage that chance. And we're putting the onus on YOU. Shit or get off the pot, right? ;)

In the CrackBerry forums we have a setup a new forum for CrackBerry Homepage Article Submissions. Be sure to Read the Read First thread in there, which outlines the process and details. It's all in there. I think it'll work. Let's give it a try.

I'm excited to see your best articles up on the CrackBerry homepage!