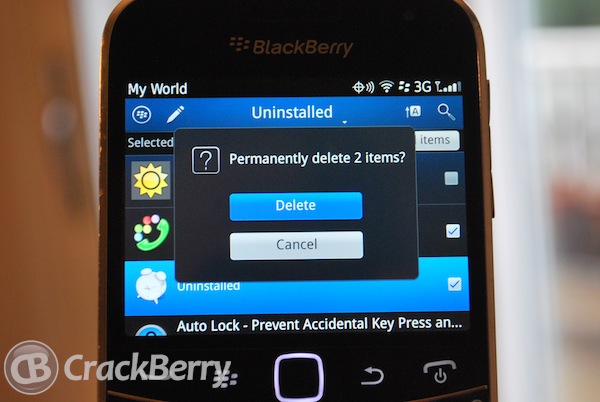 The latest version of BlackBerry App World (4.0.0.55) brings along a feature that many users have been waiting quite a while for. In addition to a handful of updates, you now have the ability to remove applications from your My World list in BlackBerry App World. This is great news since, if you're like me, you have probably loaded up the list with plenty of apps you no longer have a use for. Instead of having them linger around, clogging up your lists, you can now easily remove them and never have to think about them again. Keep reading to see how to delete apps from BlackBerry App World in just a few clicks.

How to delete applications from BlackBerry App World