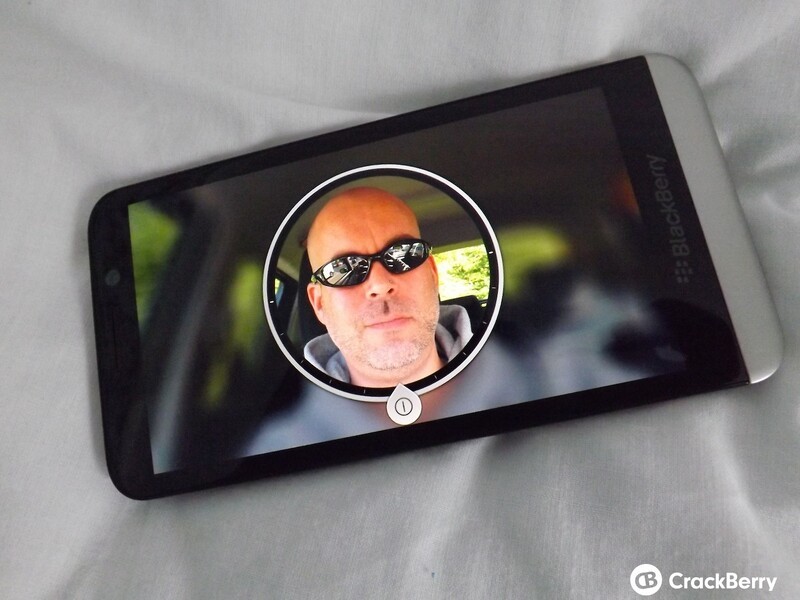 Taking photographs of some things can be a real pain in the butt. Static objects are fine but when it comes to things that move, getting the perfect shot can be hard. That's where the Time Shift camera option on the BlackBerry Z30 comes in handy. Whether you are snapping an animal, a moving car or one or more people - Time Shift will allow you to do just what the name suggests and move the photo back and fourth in time - clever stuff!

Once you open the camera application on your Z30 you'll notice a camera icon up at the top right hand side of the display. Give that a tap and you'll see three icons. The one on the far right is for the camera mode, in the middle is the one to switch to video recording, and over on the left is Time Shift. Give that one a tap and you're good to go.

Then it's just a case of pointing the camera at the chosen subject and taking the shot - either by touching the Z30 screen or using the volume/media hardware keys. One thing to bear in mind is the white box in the center of the display. This will turn green once the subject is in focus.

As the BlackBerry takes the shot you'll hear a few clicks - this is all part of the magic. Once the shot is taken you'll see a tab pop up at the top of the display saying 'Detecting Faces'. If you are taking photo of one or more people each person in the photo will have a pink box around their faces.

Tap on one of them and the face will appear in a circular icon with a grey tab at its base. You can then grab hold of the tab (which will then turn blue) and drag it back and fourth around the circle. As you do this the Time Shift magic kicks into action, as you can choose where the face looks best. Tap the screen when you are happy and voila - you have Time Shifted. This option is perfect for group shots where normally you can guarantee that somebody blinks as you take the snap. Time Shift eliminates that giving you the perfect group shot every time.

That is only half the action though as you'll also be presented with a bar at the base of the screen which you can swipe back and fourth - again, shifting through time. Once you are happy with the results you can tap the 'tick' icon on the screen to save the image.

And that's how to Time Shift with your BlackBerry Z30. Good stuff, don't you agree?