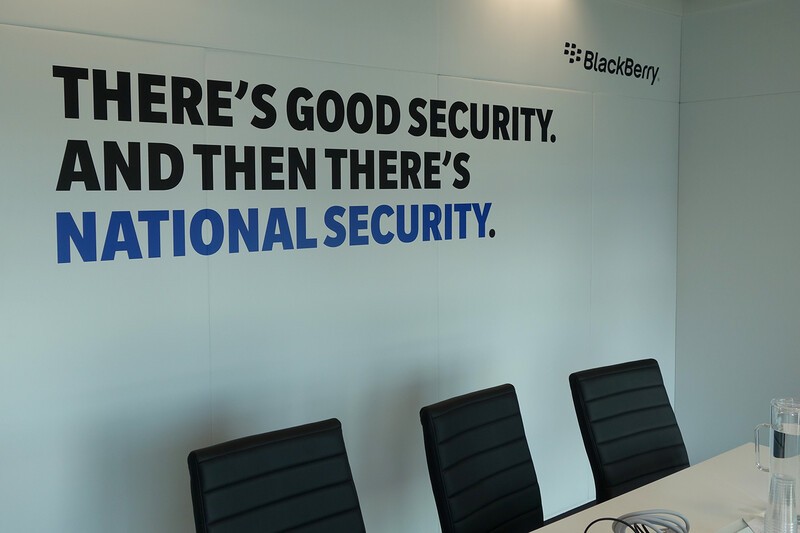 At Mobile World Congress, we caught up with John Sims, the president of enterprise at BlackBerry. He filled us in on how BlackBerry is currently defending its leadership in the sphere of business mobility.

BBM is becoming a bigger part of the enterprise picture for BlackBerry, but that doesn't mean the more consumer-focused updates don't trickle over. For example, the recent update to BBM for Android that included support for Gingerbread boosted non-BlackBerry activations 40% the next day.

The biggest way BBM Protected can help businesses, says Sims, is in terms of security and compliance. That means providing high-end encryption for BBM messages, and providing detailed logging of conversations (or not, as the industry demands). Medical is obviously one of the major use cases for this kind of product, but BlackBerry's not going at it alone.

"We have ongoing active discussions with partners in the industry that are trying to make that happen, and really create a whole new healthcare paradigm, particularly in the US."

He went on to say that we'll see more partnerships of this type in the app space. Sims also hinted that future BlackBerry devices will "fit very nicely in some of those industry segments". To me that sounds like a super-secure, cameraless device to combat the likes of the Blackphone, but go ahead and let your imagination chew on the idea for a bit. Besides BBM, Sims highlighted the central NOC infrastructure as a key differentiating technology for BlackBerry, but they need to find new ways to leverage it.

Sims talked to us a lot about morale and attitude, both within the company and on the outside. It's been an uphill battle to hang onto IT administrators, even the loyalists. "It was a harsh reality, going from BES 5 to BES 10," said Sims, but the goal is to provide a high-quality and seamless transition when BES 12 rolls around, and many business BlackBerry customers are willing to wait until it's ready to make the upgrade. He described their plight as defending a bunker against an onslaught of demands, but they were running out of ammunition to use. BlackBerry wanted to feed them ammunition, but they also have provide air support by talking directly with CIOs.

As for external interactions, Sims remains hopeful. "As much as our brand has been tarnished in the last year or so, it's still a brand that people recognize." Sims was also quick to talk about how much the employees appreciated BlackBerry's more aggressive stance towards anyone attacking BlackBerry, be it a direct competitor like Samsung, an indirect competitor like Good, or supposed partner like T-Mobile.

"It's not like we want to go pick fights with everybody, but when we feel like we're wronged, we're not just going to sit there and take it."

In terms of BlackBerry employees dedicated to sales, Sims described an internal shift from device specialists (since it used to be the devices sold the BES) to ones that had broad knowledge of how to deal with business users and selling a full end-to-end experience.

If there's anything Sims said that makes us feel confident about BlackBerry's future, it's this.

"I've worked with John [Chen] previously, at SAP. We make decisions on things. We look at situations, and we make decisions.Our general feeling is if you let it linger, the decision doesn't get any easier or any better. In fact, it might go the opposite way. It's better to weigh out the facts and then get moving."