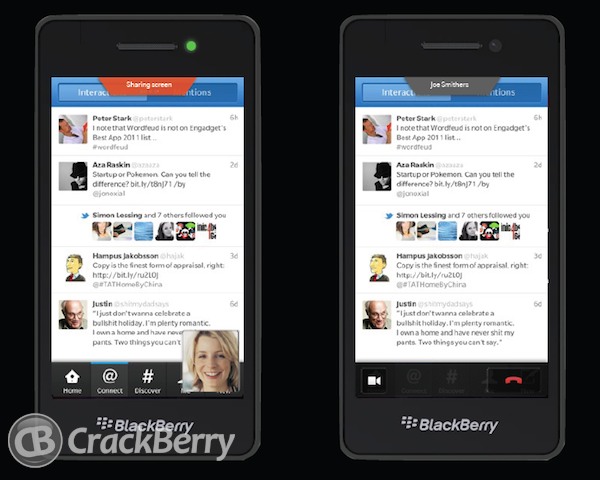 Hot out of BlackBerry World 2012 and we're full steam ahead for BlackBerry 10. Some leaked screen caps have turned up in the forums that show off another awesome feature we just may see in BlackBerry 10 devices. If these slides hold true, BlackBerry 10 may be sporting a built-in screen sharing feature. From the looks of it, you'll be able to share your phone screen while on a call - which is awesome for sharing presentations or just showing off some photos. Keep in mind this isn't anything official, but it's definitely a possibility. I for one am super pumped for the months ahead to see all that BlackBerry 10 has to offer. What do you think -- is screen sharing someting you think we'll see in BlackBerry 10? Sound off in the comments and hit the forums for more. Keep reading for more images.

Discuss more in the CrackBerry forums.