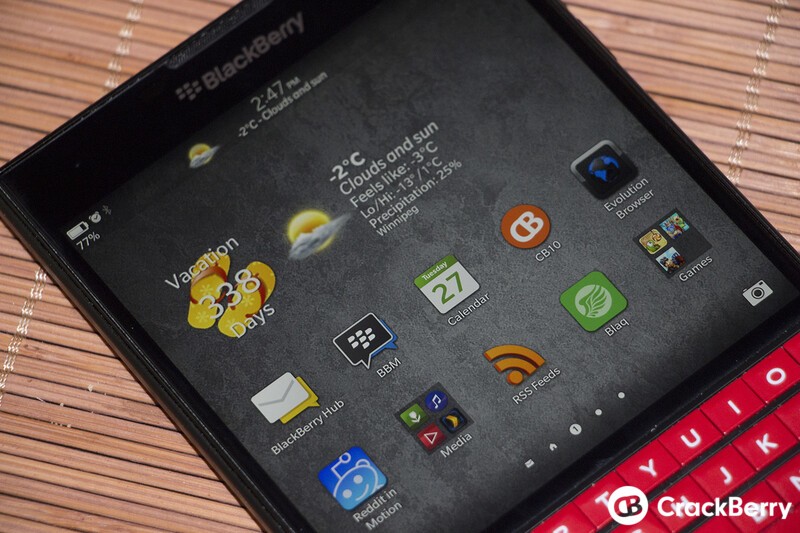 While the last update to Home Screen Plus brought forth some massive changes including widgets and a name change, the latest release has now arrived in BlackBerry World and keeps the changes a bit smaller while still adding some new features that folks are sure to appreciate.

Building on the widget experience, this release adds the ability to resize most of the included home screen widgets and also introduces a new countdown timer that shows the remaining days until a holiday or event with many major holidays already pre-set up within the app and of course, the ability to add you own as you see fit. If that's not enough, multiple bugs have also been squashed based on user feedback.

The Home Screen Plus update is live now for anyone who may have already purchased it. If you're not familiar with Home Screen Plus, it's an awesome device customization tool that offers a wide array of features including a built-in wallpaper changer, SuperBar feature to display additional information below the status bar on your home screen (and on the lock screen) and much more for only $2.99.

More information/Home Screen Plus for BlackBerry 10