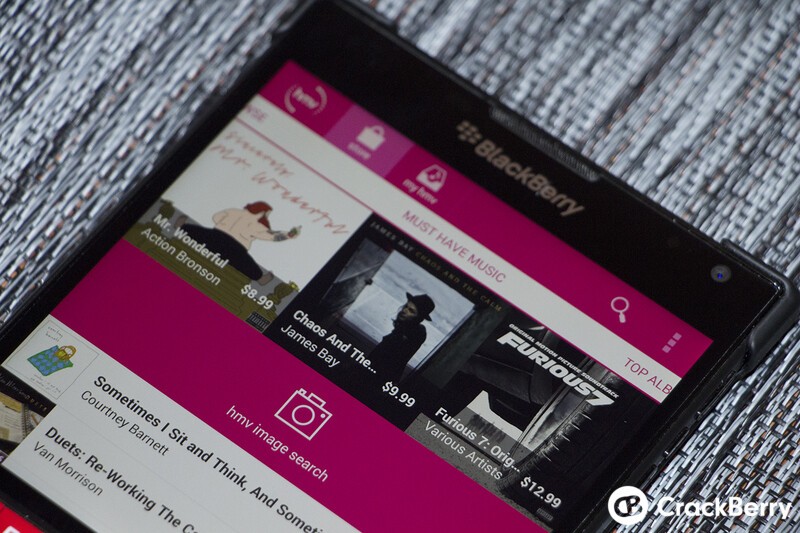 Since the removal of music and movies from BlackBerry World, BlackBerry users have had to look elsewhere to get music on their devices and one option available is the HMV Music app. Truth be told, the app has been neglected for a bit as one might be able to tell from reading the reviews, but that's neither here nor there now as v2.0.0.4 has arrived and is readily available for download from BlackBerry World.

According to the small, but still thankfully included, changelog this is considered a maintenance release and should address some of the issues folks have been having with the app since the introduction of BlackBerry OS 10.3.1. That said, if you've had issues with the app previously, now would be the best time to give it a go again.

HMV Music is available for all BlackBerry 10 smartphones in Canada, Ireland and the UK. However, Porsche Design variations have been excluded from the compatibility list for unexplained reasons. All other regions would be better off using the 7Digital app.