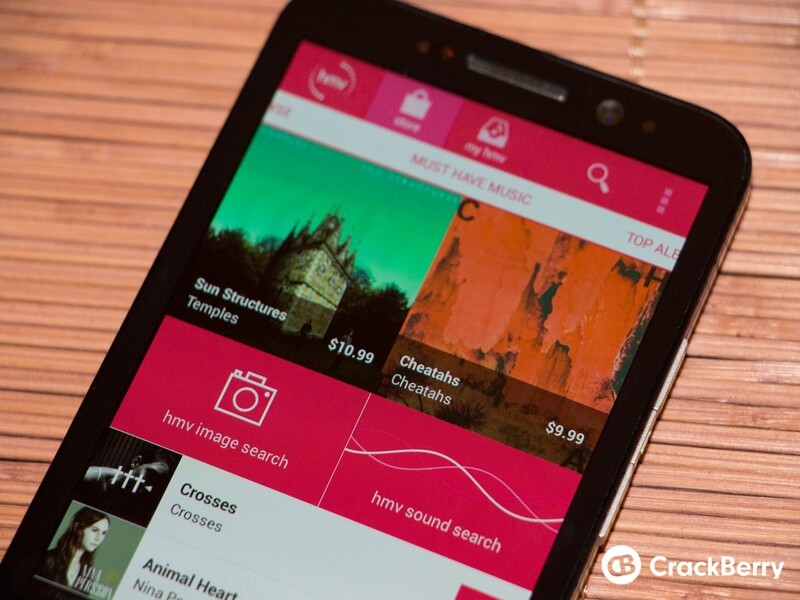 A couple of weeks ago HMV hit up our Twitter account teasing the fact they had something in the works for BlackBerry 10 customers. Since then, we've been wondering what they had planned but figured it was something most certainly music based. Taking to their Twitter account once again, HMV has confirmed our suspicions and have now shown off their digital music download app for BlackBerry 10.

Through the app, you will be able to purchase millions of high quality, DRM-free tracks directly from your device and also have access to them through HMV's web storefront as well as on your computer through the download manager app for PC and Mac. On top of all that, the HMV music app also includes a sound search service similar to that of Shazam or SoundHound. Play a piece of music, it will identify it and then offer up a preview and the option to purchase said music.

To be clear though the app is actually powered by 7Digital, the same service that powers music downloads from BlackBerry World, but for those who don't like the fact that downloads from BlackBerry World can't be viewed on the 7Digital storefront, this might be a better solution for purchasing music on the go. In any case, the app hasn't gone live as of yet but we'll be sure to let you all know when it does or you can stay tuned to the HMV BBM Channels they have going as they'll be sure to announce the availability there as well.