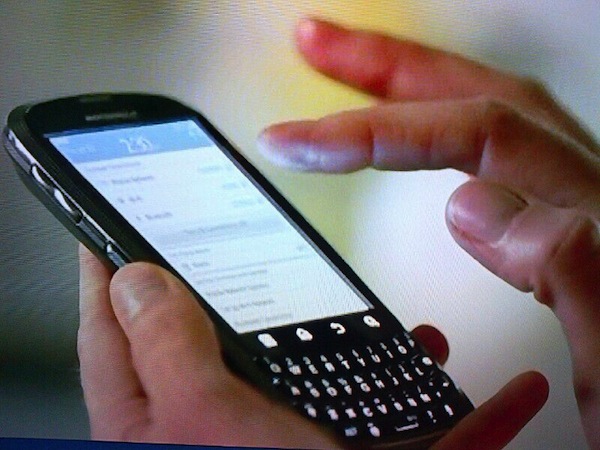 Here's some Friday fun. As forums member kjjb0204 spotted, Sprint looks to be cheating a little bit in one of their newest commercials. Seen here from the TV ad is a Motorola Admiral - however that's not Android on the screen. If you look closely you can see that the display is indeed showing a BlackBerry settings screen - oops!. Granted the average user probably wouldn't be able to spot the difference while watching the ad, but you're not fooling anyone here, Sprint! We've seen plenty of goofs like this in ads, posters and print over the years, but this could be the first one from a TV ad. Rest assured it most likely won't be the last time it happens either.