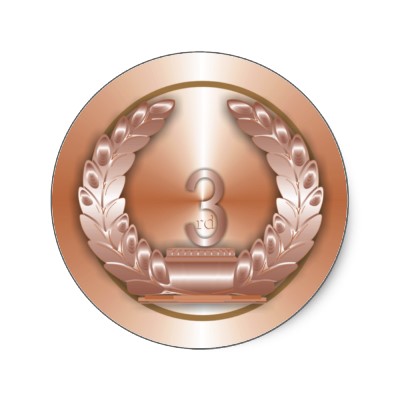 Last Monday, at the annual Cannes Film festival, Canadian-born author Malcolm Gladwell made a statement in regards to the business world; in so many words getting the bronze is worth more than getting the gold. What that means is that it’s not always who does it first, it’s who does it best. More often than not the ‘late-starter’ ends up being more successful. I guess you could say it’s a modern day take on Aesop’s Tortoise and the Hare. In his speech, Gladwell didn’t actually call out RIM by name, but he did allude to Apple co-founder Steve Jobs and how his ability to come fashionably late to the party has definitely paid off; even the biggest BlackBerry abusers can admit that. As he said, it’s not necessarily the innovators, but the “tweakers and implementers” who create profitable businesses.

“If you look at the history of Apple, they’re always the last to the party,” said Mr. Gladwell. “They’ve made a business out of being late.” Steve Jobs, he added, “is the archetypal entrepreneur of our age, right? And he is not an innovator, right? He’s the guy who comes second or third and makes it better.”

RIM did come out with the PlayBook long after the iPad made its debut, but has been heavily criticized (I still love it though). Now think about it for a minute, RIM was the leader of the pack for a long, long time. Those who have been nipping at its heels on the hardware and software side are now giving them a run for their money. It wasn’t necessarily ground-breaking, brand spanking new inventions that brought humanity to a new level of awareness. It was a tweak and a twist of a pre-existing product or idea. So maybe RIM should block out the deafening cries for something no one has seen before, so that they can work on implementation versus innovation think of the -. Take a bite out of Apple with a riper BlackBerry. It’s worked vice versa.