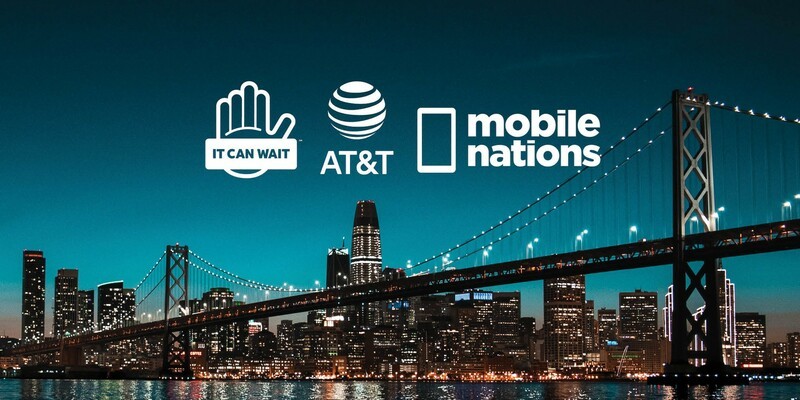 If you're based in the New York City region or the Bay Area, and you're free next Tuesday, April 3, between 6 pm and 8 pm, you're going to want read this.

A bunch of us from the Mobile Nations team, including YouTube phenom Michael Fisher (a.k.a., MrMobile) and Mark Guim, Windows Central's video maestro and in-house PC reviewer, will be in New York City, at the Arlo NoMad hotel right near Midtown between 6 pm and 8 pm EST.

That same night, in San Francisco, the man Rene Ritchie, iMore's editor in chief, and the inimitable Phil Nickinson (a.k.a. Modern Dad), will be near Union Square, above the AT&T Flagship Store at 1 Powell St. between 6 pm and 8 pm PT (there will be signage and/or friendly people to direct you to the location).

As if the opportunity to meet these fine folks wasn't enough, there will be free food! And free drinks! And stuff to win! For free! All courtesy of the good folks at AT&T, who will also be promoting their admirable It Can Wait campaign against distracted driving via a cool new VR experience.

Back to that free stuff. You'll have the opportunity to win a BlackBerry KEYone phone, a Galaxy S9+, an AT&T Primetime tablet, a Samsung Gear VR headset, a Mophie Charging Pack, and one of a bunch of DIRECTV NOW 90-day trial codes.

Sounds marvelous, yes? If you want in, hit this RSVP link for New York and this one for San Francisco. You'll want to act fast, though. These are somewhat intimate affairs, and only the first 150 or so readers will be granted access to the shindigs.

All the details are as follows:

We hope to see you Tuesday in the Big Apple or the City by the Bay!