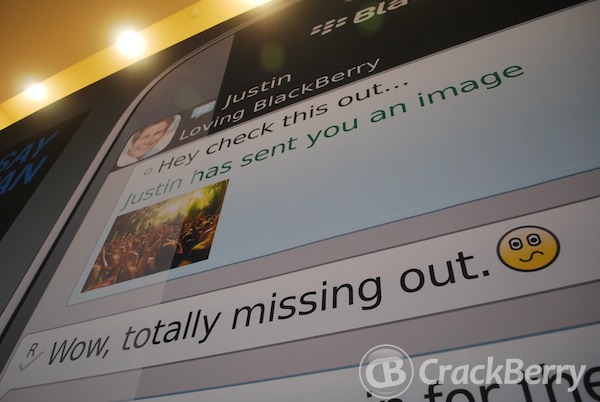 * Update: It looks like NYTimes is updating their story to make it more accurate - they've already updated the headline. *

It's one thing for a journalist, analyst, or investor to have an opinion on something. But it's unacceptable for a writer to completely miss basic facts and pollute a story so badly, as the New York Times did with respect to the BlackBerry World news today.

Check out this opening paragraph and try not to laugh or cry.

Research in Motion unveiled Tuesday morning the new BlackBerry 10 phone and operating system that the company hopes will be its salvation, in a form that looked quite rough around the edges. Among the features missing on the prototype phones given to software developers was the ability to actually make phone calls or access wireless networks.

Hello? McFly? Is there anyone home? How can a news source that is supposed to be as credible and authoritative as the New York Times completely miss the concept behind a developer alpha unit?

RIM was very careful to repeatedly and consistently use the nomenclature "developer alpha device". In fact, here is what Alec Saunders, RIM's VP of Developer Relations said at the time of the announcement:

So, New York Times ... it's time to clean up this kind of garbage. Don't put writers on stories who clearly have no clue what they are talking about.