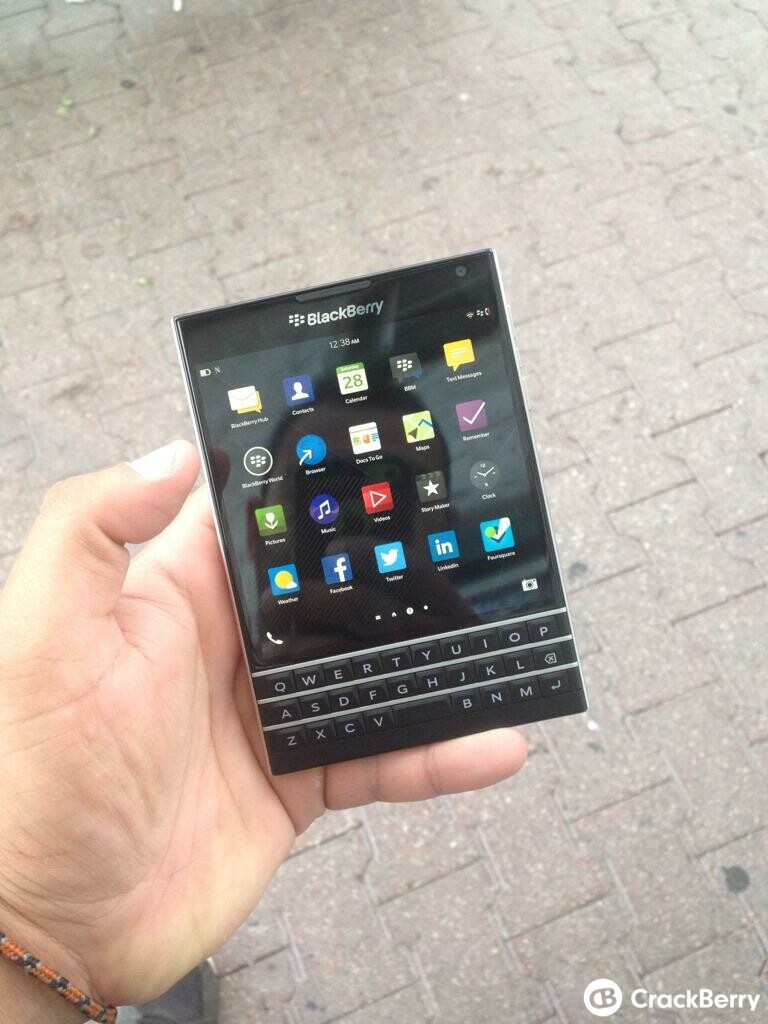 When it comes to the BlackBerry Passport there hasn't really been a shortage of images of it out there but spotting one on the streets just simply isn't likely to happen to many folks as of yet. However, that doesn't mean they're not out there. The above image was sent to us via the CrackBerry twitter account. I don't really have much to say about it, just look at how glorious it is and enjoy it. Thanks, Halobandit!

Update - Ok, considering there's now more images and even video being shared, there's a bit more info here. As noted by the OP, the BlackBerry Passport has a non-removable 3450mAh battery, 32GB of internal storage, 3GB of RAM and of course, that 1440x1440 display which is noted to be LCD. Top loading SIM and SD Card slot and approximate weight is around 6 ounces. You're likely going to want to stay tuned because it seems the floodgates have now opened.