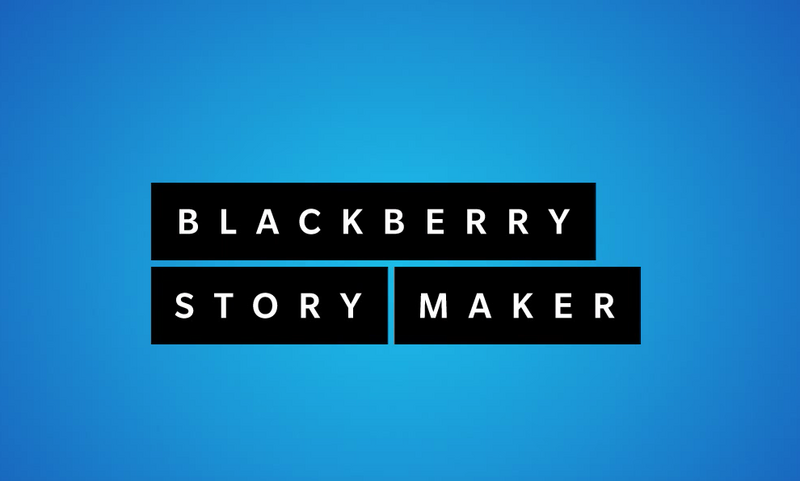 Since the release of the Priv, BlackBerry has done a pretty good job of bringing their core apps to the Android platform, but as any BlackBerry 10 user knows, there are a couple of great BlackBerry 10 apps that never made their way to Android. Top of my list is Story Maker.

Story Maker was a basic but awesome video editing solution built right into BlackBerry 10 smartphones. It was built from the ground up for mobile after BlackBerry bought out JayCut and it handled music, photos and video content like a champ. Editing up a quick video, adding some title screens, music and filters was easy and getting that video offloaded from your device to YouTube, Dropbox or wherever you wanted was dead simple. It was one of the best but least talked about built-in offerings of BlackBerry 10 and the results were great!

Now you would think with the move to Android there would be hundreds of apps to choose from in the Google Play Store that would do the same and you're not wrong. There's plenty of video editing apps to choose from. Some of my personal favorites are Quick, Power Director and FilmoraGo but I have yet to find anything that matches the simplicity and ease of use that Story Maker offered. Even Google Play Photos will allow you to do much of what Story Maker did, but it's just not the same. It's just not right.

So, BlackBerry, while you're tinkering around and digging into patents and things you own, why not remember you have Story Maker sitting there and have someone bring that to Android, eh? You could add it to the BlackBerry Hub+ Productivity Bundle as a bonus for those looking to move off of BlackBerry 10 and feel more at home on Android. Maybe even take a bold step and just make the source available and let the community port it.