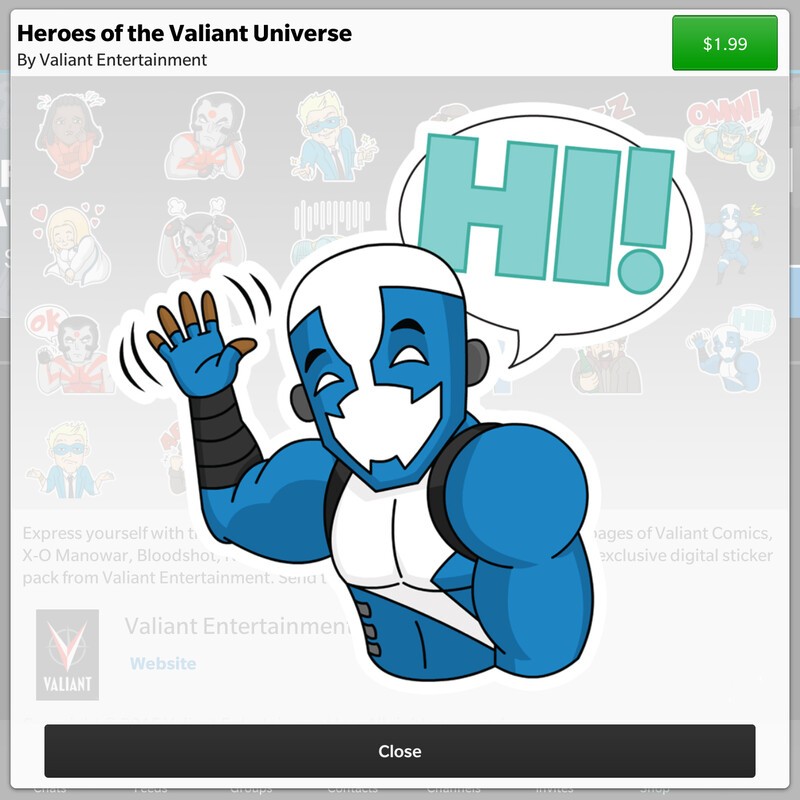 A little bit of nerdery for comic book fans. Back in 1989, former Marvel editor-in-chief Jim Shooter founded a company called Voyager Communications. Through Voyager Communications, Valiant Comics was started and thus was the beginning of The Valiant Universe. Eventually in 1999, Valiant Comics was discontinued after being bought out by video game company Acclaim but they shut down in 2007. After many legal battles, Valiant Comics began publishing once again in May 2012 and have quickly become popular among fans and critics alike with several of their characters such as X-O Manowar, Bloodshot, Archer & Armstrong, Quantum & Woody and Harbinger.

That's a bit of a brief history. All to simply say, if you're a fan of The Valiant Universe of comics, there's now a Heroes Of The Valiant Universe BBM sticker pack now available for $1.99. As the name implies, it features all of the heroes from the Valiant Universe including XO Manowar, Bloodshot, Ninjak, Armstong and more. You can have a full look at the pack below or just simply hit this link in your browser to be taken directly to it in the BBM shop.