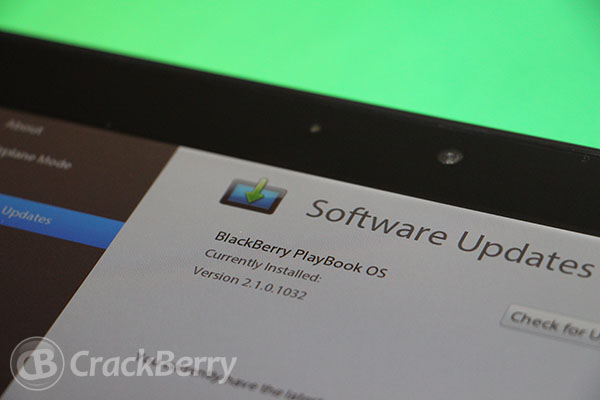 By now, most people who own a BlackBerry PlayBook will have received the notification on their tablet to go ahead and update to OS 2.1.0.1032. The latest OS offers a broad range of changes but to the average user, not all of them are instantly obvious.

Luckily, between the information offered up by RIM and the folks in the CrackBerry Forums who have been picking apart the OS like there was no tomorrow, we have a good idea of all the changes implemented.

If you jump below, we've outlined most of the major changes with this release, though there is surely more that isn't documented. For that, there is also a forum thread set up by CrackBerry member ryacht which helps to summarize some of the finer (and not so finer) points of the update as a whole.

As noted previously, this update is only for the WiFi version of the BlackBerry PlayBook. Overall, there is additional enhancements that have been added to the OS that are only applicable to 4G LTE BlackBerry PlayBook and as such, we've not noted them here. So, there you have it. A broader list of the changes. If by chance we missed anything on the list that you've noticed, feel free to drop it in the comments and let us and everyone else know.