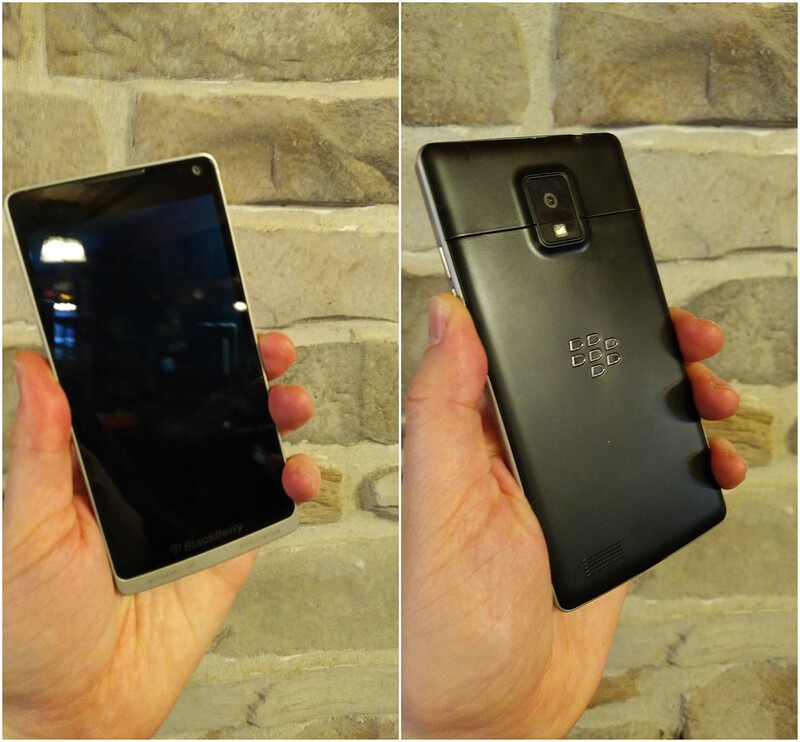 Over the years, we've heard plenty of codenames for BlackBerry smartphones and got a look at a multitude of prototypes and canceled devices. The BlackBerry Magnum, Cyclone, Black Forest, Cafe, Kopi, Americano and more have all popped up but one device that has, until last night at CrackBerry's Meetup in Ottawa, remained a bit of a mystery is the BlackBerry 'Ontario'.

The BlackBerry Ontario codename started to appear around the same time as BlackBerry Windermere and was rumored to be a high-end all-touch device meant to be a follow-up flagship to the BlackBerry Z30. Early specs noted it to be running a Snapdragon 800 with 2GB of RAM and a fresh build of the, at the time unreleased BlackBerry 10.3.

As we now know, Windermere ended up being released as the BlackBerry Passport and the first device to launch with BlackBerry 10.3, while the Ontario device faded off into BlackBerry prototype history, never to be released. Looking at the device, it's easy to see the design similarities between the Ontario and the Passport and I have to say, as much as I loved the Passport, the Ontario looks as though it would have been amazing as well.

Ahh well, some things just weren't meant to be, but at least now we know what it looked like. What do you all think? Would you have scooped one up if it had of gone on sale? Let us know in the comments.

The Top 5 BlackBerry Leaks That Were Never Released As Actual Products!