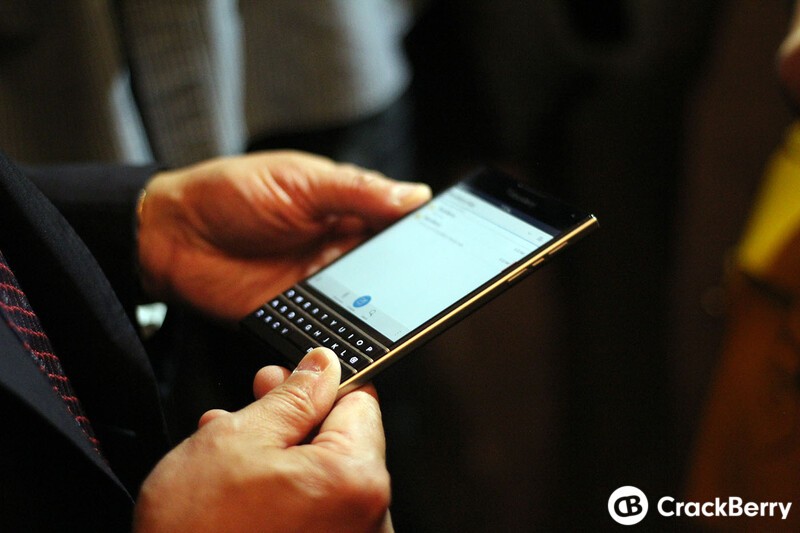 Although BlackBerry CEO John Chen has gone hands on with the BlackBerry Passport and despite the fact we now know more about the keyboard on the whole, we've yet to really see the keyboard as it was meant to be used in action. As it was described by BlackBerry, the keyboard will offer different options depending on where you are in the OS and what application you're using.

In addition to the Passport's very clean physical QWERTY keyboard, we have added a dynamic virtual row on-screen that smartly shifts depending on context. So if you're typing a password on-screen, numbers and symbols commonly used in passwords will automatically pop up. Or if you're typing an e-mail address, the '@' symbol will be displayed. Or if you're surfing the Web, the colon and backslash characters needed to type in a URL will be displayed. And if you need access to any special symbol or character, just swipe down on the keyboard to see all of them at once.

It's an interesting idea and a new way to make use of the keyboard but how does it all look? Well, some new images offer up a first look at how it will all be implemented though they do in some ways raise even more questions about how the keyboard will work. Have a look through them, there's only three for now.

I'm not so sure about the on-screen buttons on the side, they seem to be too small to me but maybe it's just the images. Of course, leaked images never tell the full story anyway as we all should have learned from the first batch leaked images of the Passport. People hated the device and have now fallen in love with it. I really want to see someone who has been using the keyboard for a while now actually putting to use. A video of that would be nice right about now.