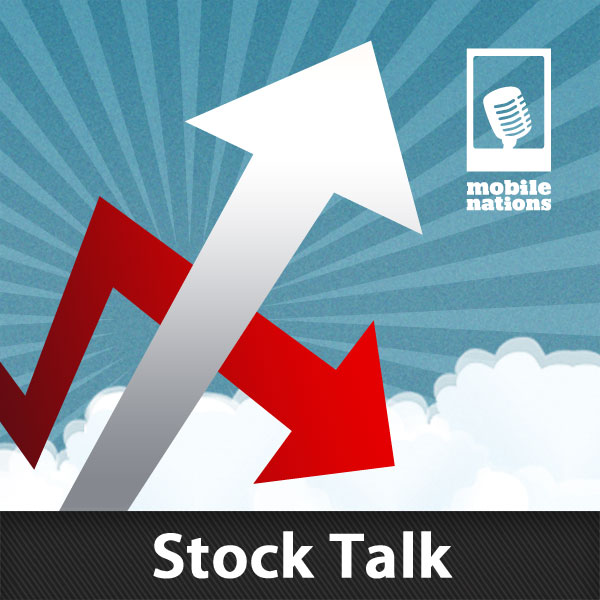 This morning RIM made more headlines, and I don't mean that in a good way. The company announced a $485 million write-down of inventory. They also provided an update on Q3 sales and the Q4 outlook. There are two main elements to the press release, and I'll discuss both of them here.

The $485 million inventory charge will get the most attention in traditional media. That's because $485 million is a big (some would say shocking) number. It's the kind of thing that gets people to click on a headline to find out more. But it's actually the least meaningful part of the news.

While the inventory charge is a lot bigger than I expected in a post I wrote last week, it's still just an accounting entry. And it's still just a backwards-looking piece of news. It really doesn't mean anything to the future of RIM.

Here's why: When a device manufacturer buys parts to make their stuff, they are buying inventory. They record the value of the inventory at the price paid to purchase it. Then they convert the inventory into finished goods. The cost of manufacturing gets added in, and they now have finished devices in a warehouse ready for sale. Normally they would sell these products at a profit. The difference between sale price and inventory cost is the company's gross margin.

But when things go wrong, and you can't sell your products at a price higher than what it cost to make them, you need to write down the value of the inventory. You wave the accounting magic wand and declare a new (lower) value for the inventory. Since you already spent the cash to buy the components and make the products, the write-down is considered "non cash". It's the accounting way of saying, "We screwed up in the past."

In the case of RIM, it means they bought too much inventory. It also reflects past mistakes such as leaving the device so unpolished for so long.

Let's throw around some numbers.

Research firm iSuppli estimates the 16 GB Playbook cost $271 (parts only) to build. Add in some conversion cost (manufacturing) and you're at about $300. Probably a bit higher considering the product was new at the time and RIM always has lower yields on newer products. But let's go with $300 for the finished manufacturing cost.

When they discount the device to $199, they are losing a hundred bucks on every unit. One way to explain a $485 million write-down is to say that RIM has almost 5 million units of Playbook sitting in inventory (or as raw materials).

And in fact a big chunk of the inventory absolutely has to be raw materials, or what we call ‘work in progress' (WIP) inventory. I say this because RIM only had $298 million of "finished goods" inventory on its balance sheet as of last quarter. Also keep in mind that the inventory is not being written off to zero value. It's being marked down to reflect true realizable value.

So the entire Playbook write down really only tells us that RIM bought far too many components. It shows us they took a gamble that didn't work out. These things happen. But it's entirely backwards looking and doesn't do anything to help you evaluate the future of the company.

RIM also announced, much deeper down in today's press release, that it will be shipping fewer BlackBerry smartphones in Q4 as compared to Q3.

For those of you who don't follow RIM's financials that closely, let me break this down. Q3 just ended (November end quarter). Black Friday promotions would be included in the quarter but most of the Christmas sales would fall into Q4, which has a February end.

Over the last several years, RIM's sales have been dominated by consumers, not enterprise customers. They stopped reporting the breakdown, but everyone knows it's true. And since that time, RIM has always seen a very strong increase in Q4 sales.

I expected this year's Q4 to show a particularly strong bounce. I was obviously wrong. But I wasn't alone and I'll explain why some of us expected a strong Q4.

Carrier inventory has been dropping. In fact, during RIM's latest reported quarter (Q2), they shipped only 10.6 million units but end customers purchased 13.7 million units. With inventory bleeding from the channels like this, it seemed clear to me that Q4 sales (into the channel) would be very strong. You wouldn't even need a big spike in end demand. You'd just need stable demand and a requirement by carriers to maintain something on their shelves.

What does it all mean?

RIM's press release this morning tells us that they shipped about 14.1 million BlackBerry devices in Q3. That's up 33% from last quarter. That was already baked into guidance last quarter. It looks as if BlackBerry 7 did have a good launch, driving more end-customer sales, as a result, more carrier orders.

But this demand is not expected to continue into the Christmas quarter. That's bad. RIM is being assaulted by competitors. It's like they're having sharp objects hurled at them from all angles ... and they've been bleeding. I was looking to BB7 devices to serve as temporary shielding. And by temporary, I wasn't thinking a few weeks. But it looks as if this shielding has already faded.

It's no surprise that BBX is the only thing that can save RIM. However, I am surprised by just how little near-term protection BB7 has provided .

RIM is expected to launch its first BBX phones "early" in 2012. We're still not exactly sure what this really means. But it needs to be damn soon.

The inventory write-down tells us nothing about the future. The fact that BB7 phones are not selling well tells us that the future is at risk. But only the release of BBX phones and their inevitable success or failure, tells us what the future holds for RIM.

Chris Umiastowski is the co-host of Stock Talk, a Mobile Nations podcast. You can follow Chris on twitter at  @cumiastowski and read more posts by Chris at ChrisUmiastowski.com.