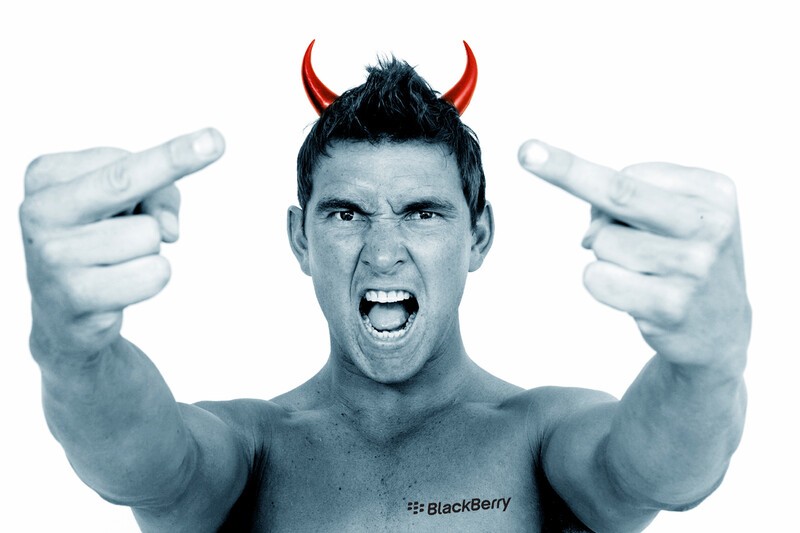 Just in case you haven't noticed, BlackBerry users can be very passionate individuals. Especially those who hang out in the CrackBerry forums. Along with that passion, they're also very vocal, and when word came down that Netflix CEO Reed Hastings had never even used a BlackBerry 10 device but had zero interest in making Netflix for BlackBerry 10, the CrackBerry forums sort of blew up, and rightfully so.

Obtuse thinking deserves to be commented on. One thread in particular that has gained plenty of traction has a pretty simple concept. If Netflix won't support BlackBerry, as a BlackBerry user it's also your choice to not support Netflix. Cancel all your accounts. We've actually seen thisconceptsurfaceseveraltimes in the forums already these past few months, but given the timing of Hasting's comments and the lack of mention of Netflix coming to BB10 at BlackBerry Live last week, this thread is gaining traction quick.

That's right all and when asked why are you canceling, make damn sure you tell them cause Netflix will not be on Blackberry Devices.xamdam, CrackBerry Member

The lack of Netflix has always been interesting to me. Mainly because I know even if it arrives, I'll never really use it. I have it on several of my other devices and never touch it, mostly because Netflix is just downright dreadful in Canada. But, with that being said, I know its arrival on the BlackBerry 10 platform would certainly be great for those that do make use of it on the go. It would be one more app to check off the list.

Just made the decision and canceled mine. Waiting to talk to a live chat rep to let them know why.nick.dollimount, CrackBerry Member

With that in mind, I can't really condemn or condone actions like this because I don't really know if in the end they help the situation or make it more problematic. But what I do know is that a lot of BlackBerry users out there want Netflix on their BlackBerry 10 device and they seem to have no problem with letting Netflix know where they stand with their wallets. Plus, you know, Reed Hastings making those comments was a pretty bone headed move, which deserves all the attention it is getting. Maybe he should, at the very least, pick up a BlackBerry 10 device. I think he might be surprised when he discovers just how much he loves it.

Have you killed off any of your Netflix services already due to their lack of support for BlackBerry?