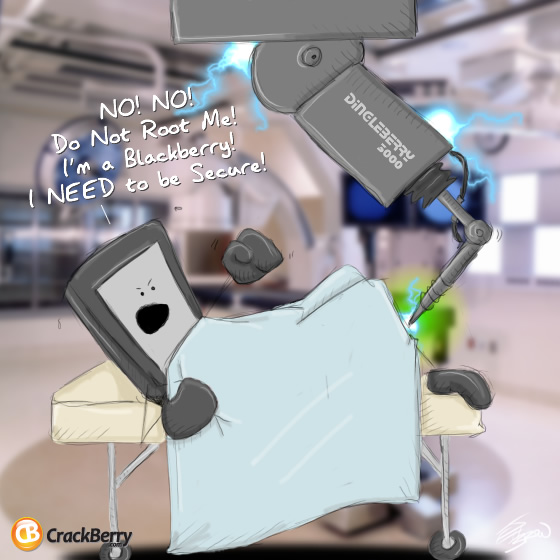 On January 1, we rang in the New Year by bringing you our How-to on installing the Android Market to your BlackBerry PlayBook. From the comments and Tweets, it looks like the guide was a big hit. Congratulations to the many of you who've successfully run and used the Android Market!

Not everyone has been met with success, though. In both the comments and forums, we've seen reports of the Honeycomb Launcher (or ADWLauncher as some have used) not working or hanging and of people finding the Android Market missing. Without the HCL Updater program working, users would not be able to see the Android OS running on their PlayBooks.

While this has not happened to me, it has happened to a good number of people. Thankfully, the good people of the CrackBerry Forums have come up with some potential solutions for you.

From all accounts, upgrading to the PlayBook's OS version 2.0.0.6149 (beta) removes the Market - and possibly other apps - from your PlayBook. The simplest solution is to reinstall those files. Beginning with the step "Connecting with WinSCP," reinstall the Cyanogen Google apps to your rooted PlayBook.

Some users report launcher apps refuse to open, crashing back to the PlayBook's home screen. Others report a Market that simply hangs with an eternal "Please Wait" message. This appears to happen most frequently with users who downgraded, either from OS 2.0.0.4869 (beta).

From the forums, CrackBerry Member JOSTNYC points us to an interesting - and surprisingly easy - way to fix this issue: use PlayBook bar files that have been extracted from the .4869 version. You'll need sys.android.bar and possibly sys.browser.bar if you're having issues with the web browser. Many users report sucess in using DDPB to sideload these files to the PlayBook.

When I was writing my guide, I rooted my PlayBook and went through all the steps again to make sure I understood them well enough to tell other people how to do it. I started with a clean install, wiping my PlayBook and starting over with OS 1.0.8.6067. I upgraded to 2.0.0.4869 (beta) and rooted my tablet without problems. I went ahead and updated to the latest beta, 2.0.0.6149. I installed the Cyanogen Google apps as I had done previously.

This time, however, when I went to open the Market, the app simply hung and did nothing. Delving into the settings, I went to check those for Accounts & sync. I was met with an error message that the feature was not supported on the PlayBook. From my point of view, it appears that RIM has cleverly disabled access to the Android Market by disabling the Accounts feature of the Android OS.

That's why I'm so adamant about getting the Market to work on .4869 before upgrading to .6149. And why I recommended reverting back to a stock PlayBook before attempting to root. I've run into several problems along the way to rooting and Android Market-ing my PlayBook; I'm hoping I can help others to avoid those problems.

If neither of these two options solves your problem, may I suggest starting over? Rooting and getting the Android Market running on the PlayBook is a "fickle beast" as one kind commenter put it. Any slight misstep along the way could spell trouble. To get things working properly, it might be best to simply begin again. These steps may seem excessive, but it is my firm belief that these are the steps necessary to give you the best chance of success at using the Android Market and getting the goodness that comes with OS 2.0.0.6149 (beta).

With a bow on top

Getting to the point where you can browse the Market is no easy feat. True, it might be easier to get those Android features by purchasing an Android tablet. But that's not the whole story. Following insanely complicated procedures to do something cool, getting a tablet to do things it's not supposed to do, using an app that's running on the Android OS that's running inside the BlackBerry PlayBook OS. For me, that's the appeal: making the PlayBook do things no other tablet can do.