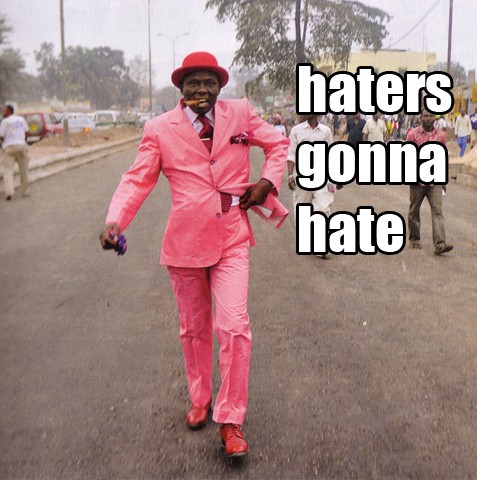 * Update: Since posting this article I've spoken to the CEO of Walker Sands, who apologized and completely takes the responsibility and bad rap for this, and consequently has no hard feelings for the approach CrackBerry took on posting this (it's 2011 and we're living in a social media world). He's given me his assurance that the intent here was not a smear campaign against RIM, but rather that they wanted to get the message out there that RIM needs to work harder so that BlackBerry users can get access to the apps we want. That stated, he also admitted they executed very poorly (they won't be pitching any inflammatory email subject lines in the future) and that their timing of this campaign was extremely unlucky, which only made matters worse. *

We all know Research In Motion and BlackBerry have been picking up more than their fair share of negative press the past few months. Part of this is understandable, as RIM has provided the media with the material upon which to write those stories (share price down, still waiting for new BBs, etc. I don't need to re-hash that stuff again here).

But there's a big difference between media reporting news that happens to be negative and companies reaching out to you to in order to push a hatchet job. Suffice to say, I was shocked when I recently received the following email that had the subject line of STORY IDEA: The Death of Blackberry.

Would you be interested in a story on how and why the blackberry is falling behind other smart phone platforms?

Because of its challenging development environment, along with several other factors, Blackberry's mobile capabilities fall well short of the competition. Developers are beginning to ignore the Blackberry platform altogether, leading to a severely lacking app market. Users are taking notice and it's very likely Blackberry's best days are far behind it.

Adage Technologies, a web and application development firm, would be happy to speak with you or offer a contributed article on why the Blackberry is falling behind and if there is any way it can compete with juggernauts like the Android or iPhone platforms. Please let me know if you would be interested in hearing more and we can go from there. Thanks.


I find this kind of an email and story pitch to be really, really messed up. Walker Sands is a PR company and Adage Technologies is a web dev/app dev house. I'm pretty sure this is just a case of Adage trying to get some publicity for their company, but seriously, it almost makes you wonder if there's some other sort of force out there trying to ramp up the BlackBerry hateration in the media. Seems crazy I know, but it wasn't so long ago that Facebook was caught hiring a PR firm to smear Google.

I'd rather see companies quit doing this kind of crap asap and definitely don't want to receive another email like this, so feel free to do your thing CrackBerry Nation. I already let Robert Chilver know he spelled BlackBerry wrong (2 capital B's dude) and was going to send Adage an email letting them know they should think up some better PR tactics. Sending the biggest BlackBerry website an interview request with a subject of The Death of BlackBerry ranks 11 out of 10 on the you're on crack scale.

* This post brought to you by the RIMPIRE Strikes Back. It all begins here. *