Head to the CrackBerry Forums to leave a comment and you could win a new PlayBook! 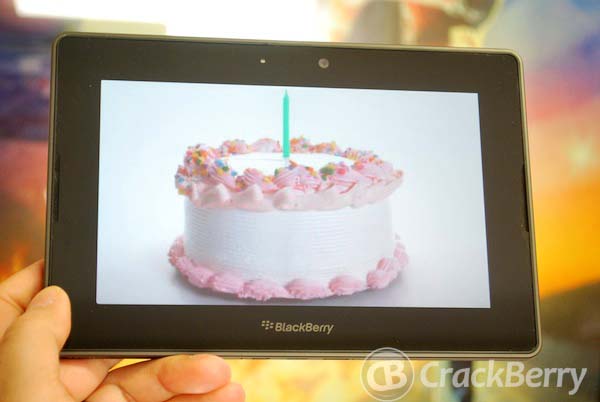 Can you believe it? A full year has gone by since the release of the BlackBerry PlayBook. We've been through some ups and downs, but it's be an amazing year. The PlayBook has come a long way since it's initial release - seeing the addition of native PIM apps, Android app support and much more in the BlackBerry PlayBook OS 2.0 update has made a truly awesome tablet. We just received a new 2.01 OS update as well and are on the way to see what's in store for the next year. BlackBerry World and BlackBerry 10 are right around the corner and are sure to bring some new awesomeness to our favorite tablet, so here's to hoping for another great year!

Contest: To celebrate the one-year birthday, we have a BlackBerry PlayBook to give away to one lucky winner. All you need to do to enter to win is head to this forums thread and leave a comment. Tell us how much you want a new PlayBook and just what you'd use it for. If you have one already, how would a second be beneficial? If you don't have one, what makes you want it? We'll pick one winner to receive a brand new BlackBerry PlayBook. The contest ends this Sunday at midnight. Good luck!

Leave a comment in the forums for your chance to win!