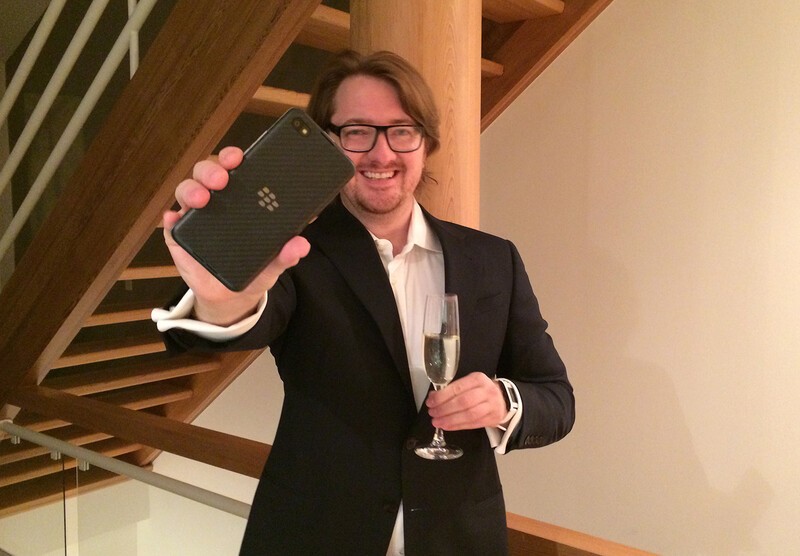 Happy New Year, CrackBerry Nation!! I hope 2014 is a good one and brings each and every one of you reading this everything you could possibly want for and more. For CrackBerry, I want 2014 to be a year where we get our community back to its cracky roots. And for our beloved BlackBerry, I hope it proves to be a fruitful year for the company that makes the phones we love most (see what I did there?! Still have it in 2014!! w00t!).

2013 really was a batshit crazy year for BlackBerry. I have no other way to put it. Lots of highs, lows and dumb things in between. Lots of change too. The first half of the year the focus was on the launch of BlackBerry 10 and the rollout of new phones like the Z10, Q10, Q5 and later the Z30. From a CrackBerry standpoint, it was pure bliss. We *finally* had the BlackBerry 10 phones in our hands that we had been waiting for sooo long.

Momentum changed during the summer though, when BlackBerry announced they were looking for strategic alternatives for the company. It was a clear indicator that despite BlackBerry (and CrackBerry's) best efforts, 2013 would not pan out to be the turnaround year it was supposed to be. Heading into the end of 2013, things we're still slipping and ultimately more changes were required, including BIG change at the BlackBerry management level on the back of a billion dollar investment into BlackBerry by Fairfax Financial. With just a couple months left in 2013, it was out with Thorsten Heins and in with Captain John Chen to take the helm and steer the S.S. BlackBerry back on course.

Now we are on to 2014. It's going to be a very different year compared to 2013. There's no single BIG launch that promises to (quickly) turn things around; rather, it's going to be a year where BlackBerry refocuses on building out each of its core businesses: enterprise, messaging, devices and QNX. It's a sober strategy, but it makes sense and so far it appears like everybody (Wall Street included) is responding well to the moves. This might not sound too exciting compared to what the big bang launch of BB10 promised, but I think 2014 will still prove to yield some surprises and excitement for us BlackBerry fans. And if not, at least it will still be an entertaining year on CrackBerry... I bet Adam I could top 2013.

Onward and upward, let's get it done. Keep the faith CrackBerry Nation and here's to a stellar 2014!