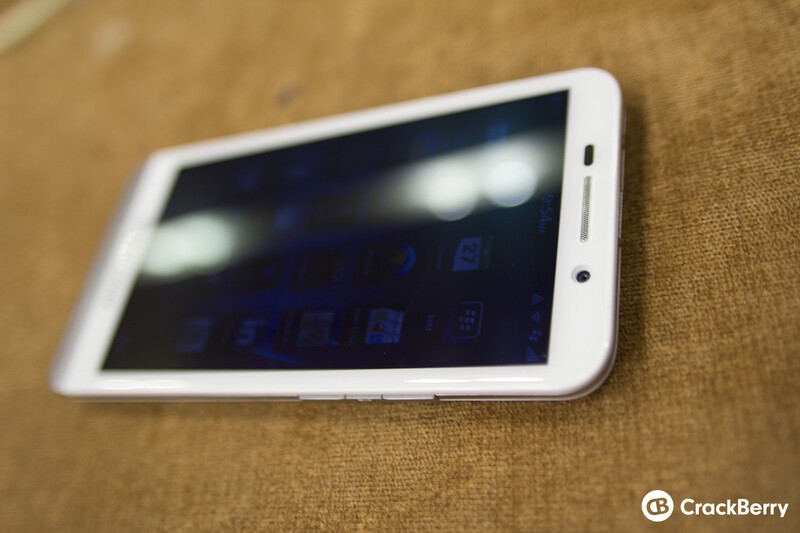 We've had our initial unboxing of the BlackBerry Z30, but here at Jam Asia 2013, we've spotted a rare specimen indeed - the white model! The rear of the device isn't finalized, but as you can tell, it's looking fantastic already. There's not a lot of information on availability, but apparently most places that have the black one will have it in white too.

Jam Asia has also been my first chance to play around with the Z30. Z30s are pretty much everywhere here at the conference, so it's been easy to get some hands-on time. The sound on the external speakers is amazing, and brings me back to the Bold 9000 days. I think audiophiles will finally have an alternative to the HTC One. Ergonomically, I think the Z30 blows the Z10 out of the water, thanks mostly to the gradual curve around the back. The larger size is perfectly comfortable, though my giant hands are what you might call a mistake of nature. YMMV.

Kevin's a sucker for the white devices, and though I tend to lean towards classic black, the Z30 looks particularly great in white. Maybe it just compliments the metallic bottom bar better, I dunno. It's also worth noting that I've seen both Verizon and AT&T branded Z30s floating around the show. What do you guys think of the white? Sexy or what?