Although the official update to BlackBerry 10.3 might be a ways off yet, a freshly leaked early build of the OS has landed and we've gone hands-on with it to have a look at what BlackBerry has been working on. All in all, the changes are not a huge departure from what is currently available and are rather subtle but it shows BlackBerry isn't standing still when it comes to keeping their OS fresh.

You can hit play on the video above to get a full-on walkthrough of most of the important changes or jump below to view some of the highlights laid out through screencaps. Keep in mind though, everything here is subject to change as this is not an officially released OS. What you're seeing here could already be gone or never actually see the light of day upon official release.

Set Wallpaper On Lock Screen, Home Screen or Both 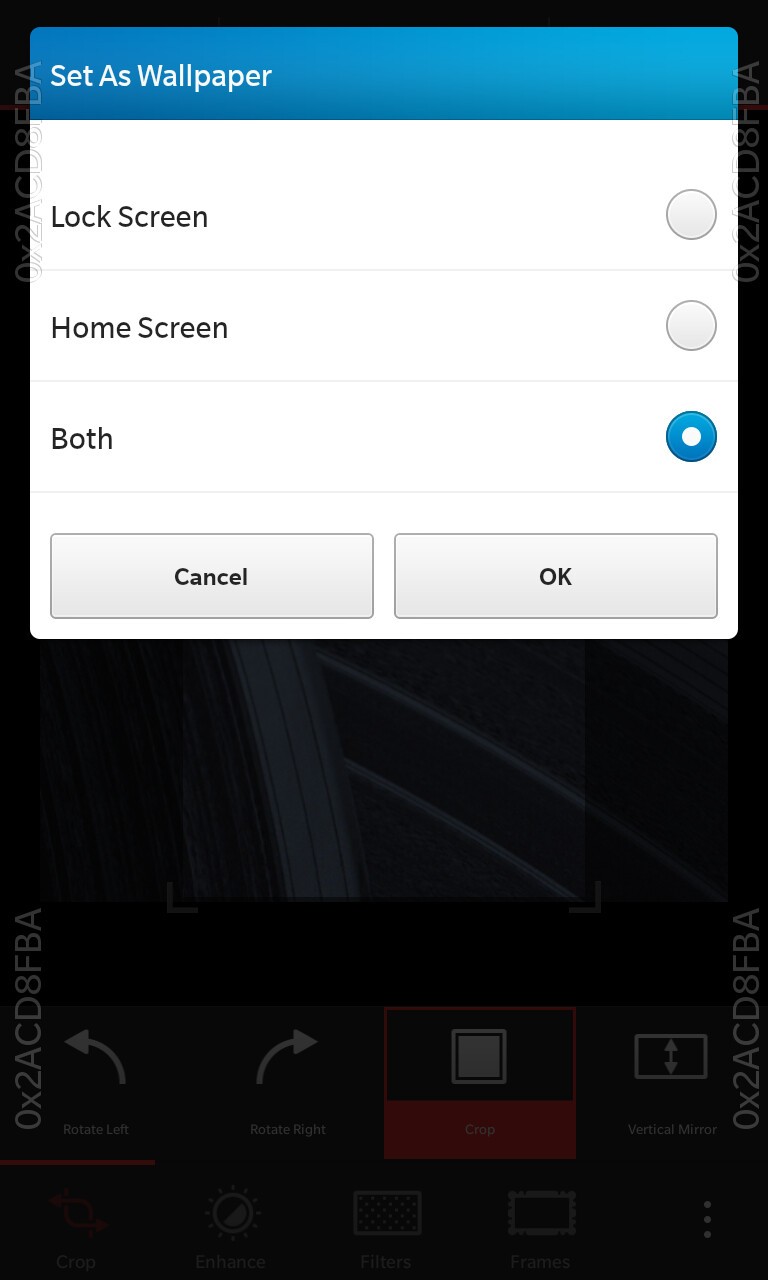 Since the release of BlackBerry 10, folks have been asking for an easy way to set the home and lock screen wallpapers independently. As of right now, BlackBerry 10.3 looks to be bringing that function. You can now set it to Homescreen, Lockscreen or Both. Not sure why it took this long to put in place but, hopefully it'll stay there when 10.3 is released.

BlackBerry Hub Gets A New Look

At least for now, the BlackBerry Hub has been cleaned up a little offering a few visual differences. Most notably, the UI is lighter in color and the black bar at the bottom has been tossed aside. Along with the color change, the bar now disappears when scrolling through emails to offer a better look at what's in your inbox.

Red Accents On Buttons and Keyboard

While blue accents have been the chosen color all throughout BlackBerry 10 since release, BlackBerry could be deciding to change things up with BlackBerry 10.3 if the leak is any indication. Some app buttons and call to actions within the OS have now been changed to a red / orange color along with the keyboard. It's an interesting change and one I kind of hope to see completed.

Slowly but surely, we're seeing improvements to the music player on BlackBerry 10. In 10.3, there has been some polish added and things have been moved around. Creating and accessing playlists has been made easier and transitions are looking nicer. Still no equalizer or anything like that but it's been improved.

Out of all the changes in this 10.3 build, the camera arguably got the most love. It got all the red accents like most other things but there's also a new panorama mode that works insanely well as well as the ability to record 720p videos at 60 frames per second.

General camera focus has been improved including facial detection and access to recording videos has been made easier by removing it from the menu, and making it a one touch interaction. A timer has also been added as well as improved settings for where to store photos, whether to record GPS location, and more.

Although the options don't seem to work, it's clear BlackBerry is working on something awesome here all the while looking to improve battery life for devices as well. Picking your device up from a flat surface, eventually, could enable quick access to your device while laying it flat on a table face down aims to help save battery. How? We don't know, but it's safe to say that it would detect orientation and possibly put some services to 'rest' when doing so.

What we didn't mention?

If you've already download the leaked OS, then there's no doubt you already scoured it from top to bottom and noticed a ton of things, probably more than what we noted here. The browser has some improvements, the video player has got some polish on it, the icons no longer have a background, and every now and then in some portions of the OS, even the copy and paste function has been improved.

So, with that being said if you spotted some stuff we never covered then by all means drop them in the comments below. If you're on the other side of the fence and want to know more of the little things hidden in this OS then I fully suggest heading into the CrackBerry Forums and reading through all bugs, fixes, and improvements posts. It's a lot to take in but it's interesting, even if all of what is in this OS never makes it to production.