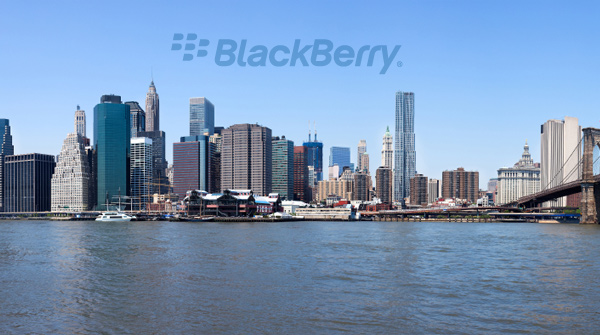 In the last week we've seen two significant stories that further suggest RIM is losing what was once its iron-clad grip on corporate IT departments.

The giant energy company Halliburton, and the National Oceanic and Atmospheric Administration (NOAA) are both said to be giving up BlackBerry deployments in favor of Apple's iPhone and iPad.

In fact, in the case of NOAA, an official memo obtained by The Loop reportedly says that BlackBerry is being removed from the administration's list of supported devices.

So what does all this mean in the short term and long term? What is RIM doing to address it? That's what I'd like to talk about.

If we think back to how RIM became such a strong force in the smartphone marketplace, it started with the enterprise. BlackBerry was built as a solution for mobile access to email in the corporate market. It was built to address the needs of IT departments and executives. As with all new technologies, it was expensive, and a luxury item for those who had one.

RIM ended up in the consumer market "by accident", as they often explain. That's probably not the best explanation because it surely wasn't an accident. Laser printers started in the enterprise, but now they're commonplace. I wouldn't call that an accident. It was just the natural evolution of demand.

Same with smartphones. They got cheaper, and instead of just corporate types wanting them so did spouses, nannies, children and friends. And let's not forget the self employed or consultant types who have no need for BES, and are buying through ordinary consumer channels.

Today, the consumers hold the power. This argument was well explained by David Lynch in his recent article at the Ottawa Business Journal.

A friend of mine who works in engineering sales for a $20 billion electronics supplier explained to me how his regional president simply "decided" that all VPs would get iPads. Despite pushback from IT, the technical folks had to find a way to make it work.

So IT departments are facing pressure from employees who want to bring their own device, and from heavy-hitting executives who (acting like consumers), just enforce their wishes on the company.

The result? The focus on security is lessened, and companies settle for "good enough" .

Now let's talk about Halliburton, NOAA, and any other company that shifts from BlackBerry to iPhone. The fact is, this is inevitable if you believe that consumers are driving the market.

What is RIM Doing About it?

RIM understood the need to serve consumers a few years ago. They may have been slow in getting moving, but they're well on their way to delivering a compelling consumer experience.

Unlike the Java-based BlackBerry operating systems of today, BlackBerry 10 is built around the needs of a consumer, rather than the needs of enterprise. But because of RIM's enterprise legacy, the OS also gets all of the IT-friendly goodness baked in.

BlackBerry Balance is a perfect example. First introduced as part of the BlackBerry 7 OS, Balance gives employees a personal partition on the device, while IT gets to have full control over the enterprise partition. Work emails can't be copied and pasted into a personal account, for example. If an employee leaves a company with his personal BlackBerry in his hands, the IT department can remotely wipe just the corporate email and apps, leaving the personal part of the device untouched.

The importance of BlackBerry Balance shouldn't be understated. If given the choice between two platforms that are equally powerful and user-friendly, IT will naturally chose the platform that has better security and manageability. But the actual user (the employee) could care less.

So BlackBerry Balance gives IT a way to push back against executives who ask for a wholesale shift to another platform, such as seems to be the case with Halliburton and NOAA.

But as we've seen, IT pushback is futile when the consumer friendliness of the alternative platform is far superior. This explains why it is so critical for RIM to deliver a top notch user experience to consumers first, rather than worry about the feature list of BES.

Here's the bottom line as I see it: Losing corporate customers is never good. But in the short term, it's simply the obvious result of RIM's mistakes over the past few years. Let's face it - the iPhone and iPad and iOS are fantastic products. It's natural to see some companies defect. It's not a death blow to RIM by any means.

And in the long term, if BlackBerry 10 delivers on its promises, I think RIM stands an excellent chance of remaining the defacto choice among corporate mobility solutions. But this depends entirely on their execution.

It always seems to come back to execution, doesn't it?