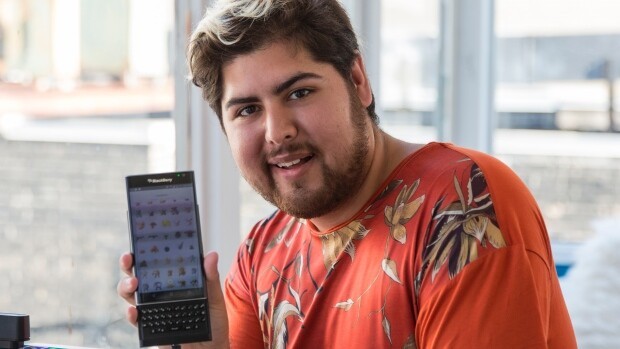 His name is Roberto Vazquez and according to a new report from CBC, after three and a half weeks, 266 kilometres and 25 pounds later he has managed to catch all 142 Pokemon available in North America using his BlackBerry Priv.

Three and a half weeks, 266 kilometres and 25 pounds later, Roberto Vazquez says he's the first Toronto Pokemon Go player to catch all 142 Pokemon available in North America, found around the Greater Toronto Area.

After posting on social media and asking other players if they had accomplished the same feat, Vazquez, 24, feels confident in giving himself the title.

The wildly popular Pokemon Go virtual reality game works by sending users around the city to capture creatures called Pokemon, which pop up on a player's screen when they visit certain locations.

"I'm a little scared to check my phone bill," the professional photographer said, after scouring the city to catch them all.

"At first, I was just playing around just like everyone else," he said, beginning his journey on July 8. "But as I got closer to the actual number, I just got more dedicated to actually finishing."

The positive health consequences of playing Pokémon Go have been debated by many since the game exploded onto the scene but for Vazquez, there is no debate. "You go out, you get to see the city, you get to meet people and you don't think about that until you're home and you're ready to sleep." "Forget P90X," he said. No doubt having that 3410 mAh battery on his Priv helped him catch em' all. Safely and securely.

Read the full article from CBC