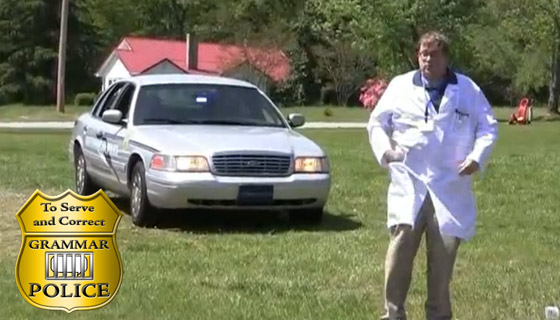 In these times of ever-shortening missives of 140 characters or less, people are cramming more and more information into less and less space. This shortening of words and phrases can lead to disastrous consequences. Take this text message for example, "n e ice cream left?" You'll notice that the person texting has used the exact same number of characters to type "n e" as he would have to type "any." This young texter now looks like a complete fool and faces banishment from his humble seaside village.

We of the Society of People Who Wish Everyone Could Just Use the Same Words but It's Probably Not Going to Happen Because Honestly? Who's Going to Listen to Us? Societies (it's a big society) have put together this handy guide to the proper use of the noun and verb forms of BBM.

When speaking of sending messages via BlackBerry Messenger, it is important to use the correct punctuation and capitalization in order to make sure you are properly understood. For example, if you were speaking of a sending a BBM in the past, you could use a sentence such as "I BBM'd Beth yesterday, but she hasn't read my message yet."

Note the apostrophe and then "d" following the BBM. Rather than stating "I sent Beth a message using the BlackBerry Messenger application; it has not yet indicated that she has read said message," you can simply write "BBM'd Beth yesterday, but no R, just D"

The shift key and the apostrophe key are on entirely opposite sides of the keyboard. For some people, this pressing of two separate keys to produce merely a single character upon the screen is an almost Herculean feat. For these people, BBM'd can be shorted to BBMd. Please note that capitalization is key to this abbreviation as "BBMD" and "bbmd" are complete gibberish.

Also of note is how to describe the actual act of sending and a BBM and/or having a full conversation over the messaging platform. In the sentence, "John is BBM'ing his wife before we go out for beers" this indicates that John is currently in the process of sending a message to his wife using the BBM application to message between the two BlackBerry smartphones, letting her know that he may be home from work a little late

The sentence "John is BBM'ing with his wife because we went out for beers" indicates that John neglected to tell his wife that he was going out with the guys and thus would be home late. The "with" indicates a conversation happening in real time between John and his wife. From the fierce typing and disappointed sighs, it would appear that John's wife has sent him pictures of her after dinner plans. Unfortunately, it appears Mrs. John now has a headache.

Again, as with BBM'd, BBM'ing can be shortened to BBMing. In rare cases where six characters are simply too many. BBMg can be substituted. Please note that anyone not reading this article will have absolutely no idea what you're talking about. BBM'ing your parents the phrase "BBMg BF tlk l8r" will almost certainly earn a lecture on how much college costs and/or the value of using real, actual words.

To speak or write about sending picture or video over BlackBerry Messenger uses a very similar grammar structure as sending a message. BlackBerry Messenger sends pictures, video, and audio in pretty much the same way as it sends text, thus the grammar needs only a slight adjustment.

Incorrect: John just sent me a text message with a picture of what his girlfriend was wearing last night. That was worth the 40 cents it cost to receive it!

Correct: Hunter just BBM'd me a pic of his girlfriend. I don't have to worry about text messaging charges or wait while the resized picture is reassembled from tiny pieces of no more than 160 bytes. Because pictures, audio, and video sent via BBM travel through the data network, I get the original picture. This is going on my wallpaper.

As you see, it is important to use good grammar even while shortening what we say. With constant vigilance, the world can be properly molded into shape, trained to use proper sentence structure in even the most trying of times. We of SPWWECJUSWIPNGHBH?WGLU?S thank you in advance for your support.