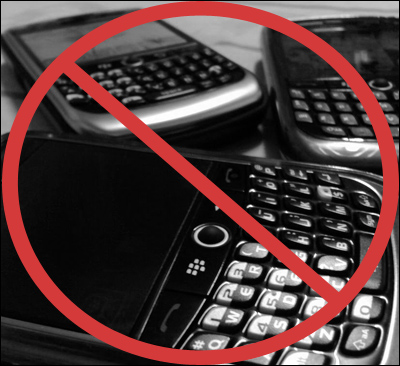 Americans are facing a potential government shut down tonight at midnight, as the deadline for the FY 2011 budget is ticking down. If Congress can't get a budget passed that Obama will sign off on, midnight tonight will mean many government employees will be put on furlough. Not only does this mean no work and potentially no pay for many thousands of people, it also means they will be cut off from technology provided through their job. Those with BlackBerry smartphones, laptops, and other devices administered through their government employers will possibly be required to turn them in until the furlough ends.

While it doesn't appear to be set in stone that these devices must be surrendered, it does seem to be a good possibility. Though government workers are prohibited by law from doing any volunteer work or telecommuting while on furlough, it would be somewhat hard to enforce if they still have physical possession of such devices. A Democratic Senate aide interviewed by the Wall Street Journal indicated that some chiefs of staff on Capitol Hill may "go soft" on the rule, allowing workers to keep possession of their devices, which would allow for messages to be viewed, yet discouraging responses to emails. "I don't think every office is going to put a big bucket out and make you put in your BlackBerry," the aide said. Many workers are plotting how to have emails redirected to other email accounts so they may stay in the loop if they are required to hand over their BlackBerry.

What do you think about all of this? If you were (or are) in a similar situation, and required to surrender your employer provided BlackBerry, how would you deal with it? Would you take extra measures to stay connected, even if you could potentially face discipline or termination for it?