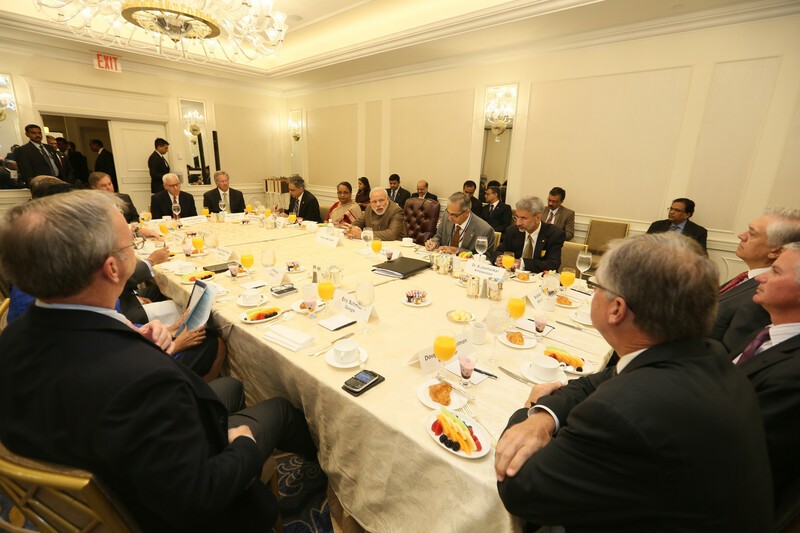 If you've been around CrackBerry for a while, this post may not come as much of a surprise as there is a good amount of history with Google's Executive Chairman, Eric Schmidt, and his not so secret love for BlackBerry smartphones and their keyboards.

In New York for a meeting with Indian Prime Minister Narendra Modi and PepsiCo's Indra Nooyi as well as six others including the heads of Boeing, IBM, General Electric and Goldman Sachs, Schmidt was spotted alongside a BlackBerry Bold 9900 and presumably one of his own companies Android smartphones.

Eric clearly skipped over the BlackBerry Q10 but with the production run of the Bold 9900's now over, maybe he should consider moving into a brand new BlackBerry Passport. What do you folks think? Better yet, maybe BlackBerry CEO John Chen could hook him up with a Classic to test out.