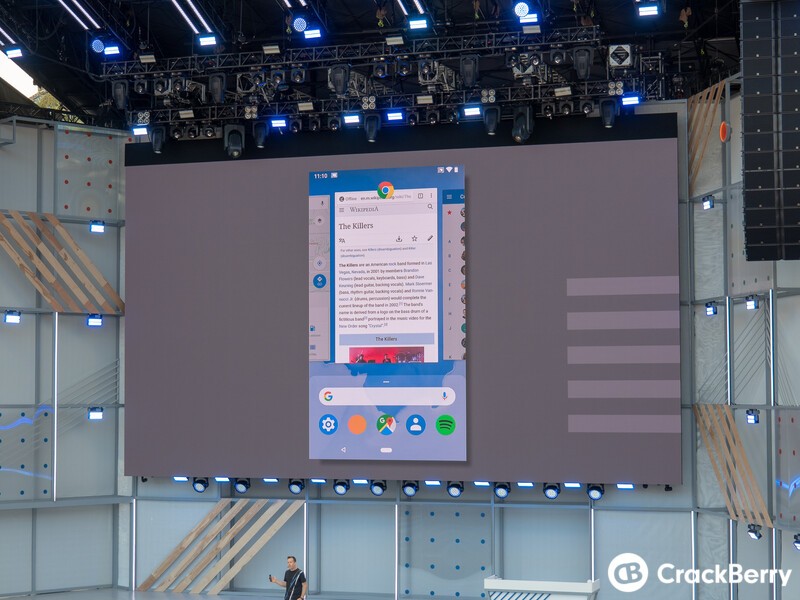 For those of you out there who wish Android was a little bit more like BlackBerry 10, your wish is starting to turn into reality. Although it's still in beta and only available on a handful of devices, Google has now offered a look at their new gesture navigation controls for Android at Google I/O 2018.

Changing how you navigate your phone is a big deal, but small changes can make a big difference too. Android P also brings a redesigned Quick Settings, a better way to take and edit screenshots (say goodbye to the vulcan grip that was required before), simplified volume controls, an easier way to manage notifications and more. You'll notice small changes like these across the platform, to help make the things you do all the time easier than ever.

Looking at it, it's not a giant leap to say it looks more like the iPhone X gestures than BlackBerry 10 but still, it's an exciting addition to Android and one that many feel should have been there properly a long time ago. In any case, it'll be a while yet before we see an official release so it'll be interesting to see how it evolves from beta to official release. If you're looking for more Google I/O 2018 content, certainly head on over to Android Central for the FULL rundown of all things Android announced.

All of Google's big announcements from I/O 2018!