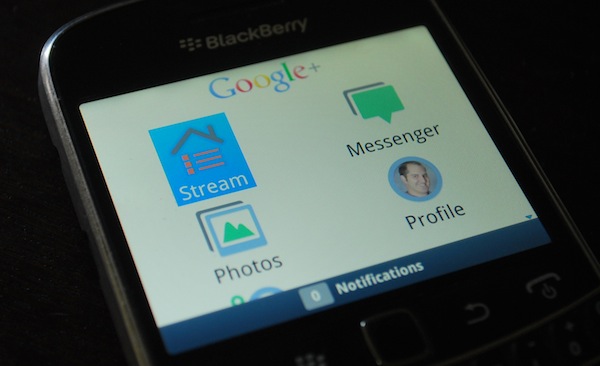 Google+ has been around for a while now, but unfortunately there hasn't been an easy way to access it from your BlackBerry. Well today, Smarter Apps has released the first free beta version of an app that allows Google+ users to access their accounts right on their BlackBerry. The free app is called App For Google+ and is now live in BlackBerry App World.

Features of the Google+ app for BlackBerry include:

Some features of the Google+ app for BlackBerry that are not yet supported include Instant Upload (although it seems to be working ok in our tests) and Google+ Messenger. Keep in mind as well that the app is currently in beta form. If you give it a spin be sure to let us know in the comments how it's working for you.

Also be sure to follow CrackBerry Kevin (and our official CrackBerry.com Page) so he can get more followers than Phil over at Android Central (side note - Google+ contest to follow - stay tuned).

More information/download of App for Google+
Follow CrackBerry on Google+