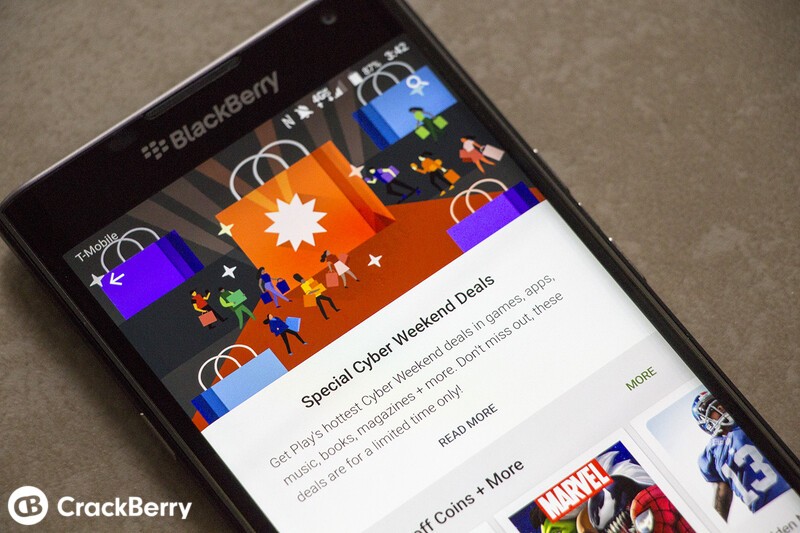 Google Play has busted out the deals for the holiday weekend, offering a ton of price cuts across the whole store. It's a great time for new Priv owners to load up on some awesome goodies. In all, you'll be able to grab some pretty hefty savings on everything from games and apps to books and movies.

For games, Google Play is offering up to 70 percent off select titles, including a massive 50 percent off Square Enix titles like Final Fantasy V and Dragon Quest IV. Other notable titles on sale include Leo's Fortune, Duck Tales: Remastered, and Grim Fandango Remastered. Apps are also getting a little love, with offerings like Ultimate Guitar Tabs, Showtime, and OkCupid offering discounts on subscriptions for a limited time.

As far as media is concerned, all of the bases are covered. A large selection of magazines have had their prices cut to 99 cents, while select books, comics and graphic novels have had their prices cut as well. And music, movies, and TV shows are covered as well, with some decent price cuts on full seasons of shows like Game of Thrones, movies like Man of Steel, and popular albums from Fetty Wap, Muse, and Fleetwood Mac.

If you want to check out the full sale, hit up the link below. Just keep in mind that some of these sales may be region limited, but we are seeing them in the U.S. and UK at the moment.

Check out the best deals that Black Friday has to offer