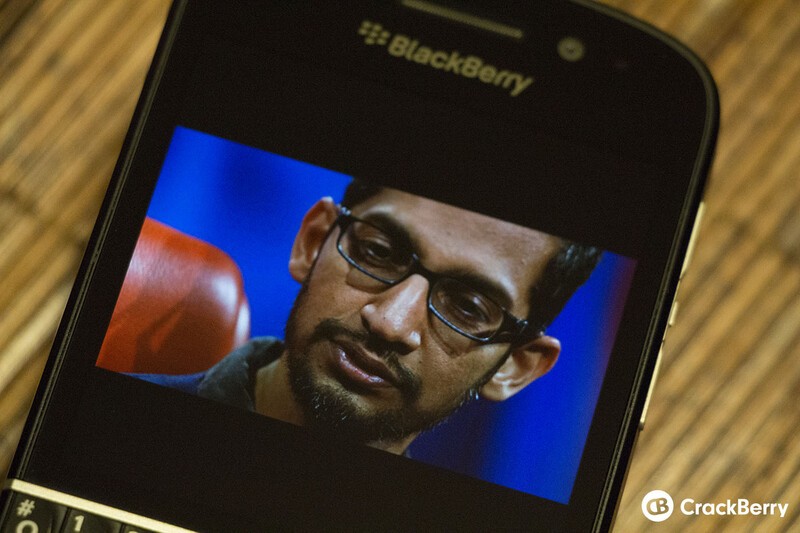 One of the questions that seemingly always comes up when folks are contemplating picking up a BlackBerry 10 device is whether or not Google services are supported. Gmail is a given but folks want Google Maps, Google Now, Google+, Google Music and the various other Google offerings that are available.

As of now, Google only really builds apps for Android and iOS but that's not to say they won't build for other platforms such as BlackBerry 10 and Windows Phone at some point in the future. Speaking at D11, Sundar Pichai, Google's SVP of Android, Chrome, and Apps, spoke briefly to Walt Mossberg about what it would take to get Google onboard:

We want to reach as many people as possible. For platforms that don’t have that many users at scale, we have great HTML5 apps. If they get more users, we will make apps.

It's certainly not the answer most BlackBerry consumers want to hear but no doubt about it; it's a safe answer for Google. If people go out and buy BlackBerry 10 devices, then the increased demand for the apps will be there. The real question I suppose, is how many BlackBerry 10 or even Windows Phone users for that matter, will it take? What's the magical number for Google to stop and say OK, it's time.