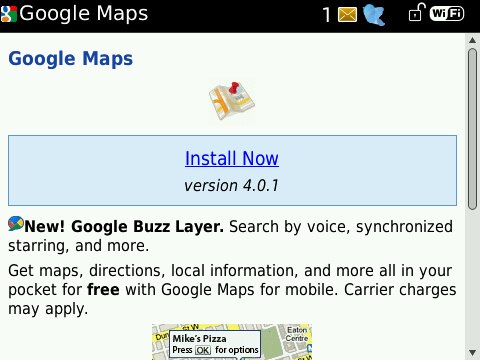 Google Maps for BlackBerry has been updated to v4.0.1 and now includes a Buzz layer. If you're a Buzz user (is anyone actually using it?) you'll be able to get some more cool features in Google Maps with this new version. You can turn the layer on or off from the standard map, and also have the ability to search by voice and use synchronized starring. The update is a pretty big jump from the previous version, but we're not sure if any other updates are included in the release. To download the update head to m.google.com/maps from your device.