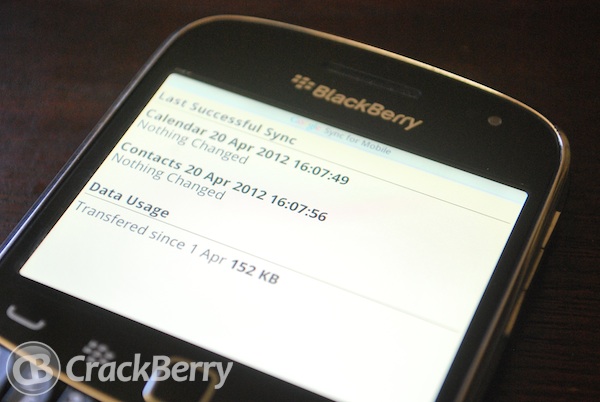 Google has announced today that they will soon be discontinuing support for their Google Sync for BlackBerry app. The app, which has since been replaced by BIS calendar sync, will no longer be supported after June 1, 2012. This isn't the first Google BlackBerry app to hit the dumpster as Google stopped supporting their Mail app late last year.

From the Google Blog:

Beginning June 1, 2012, we're ending our support for Google Sync for BlackBerry. If you already have the app installed, you'll still be able to use it; however it will not be available for download after June 1. If you currently use Google Sync for BlackBerry, we encourage you to switch to BlackBerry Internet Service (BIS) or the Google Apps Connector for BlackBerry Enterprise Server going forward. These alternatives offer a better overall experience, as you can sync your email messages, calendar and contacts through a single service.

I'll be honest, I'm pretty ticked about this one. I've been using the Sync app forever since I have multiple family calendars, and without it I'd be lost. While it's good that it will still work at least, it's a drag that it won't be supported after June. Anyone else in the same boat? Let us know in the comments!